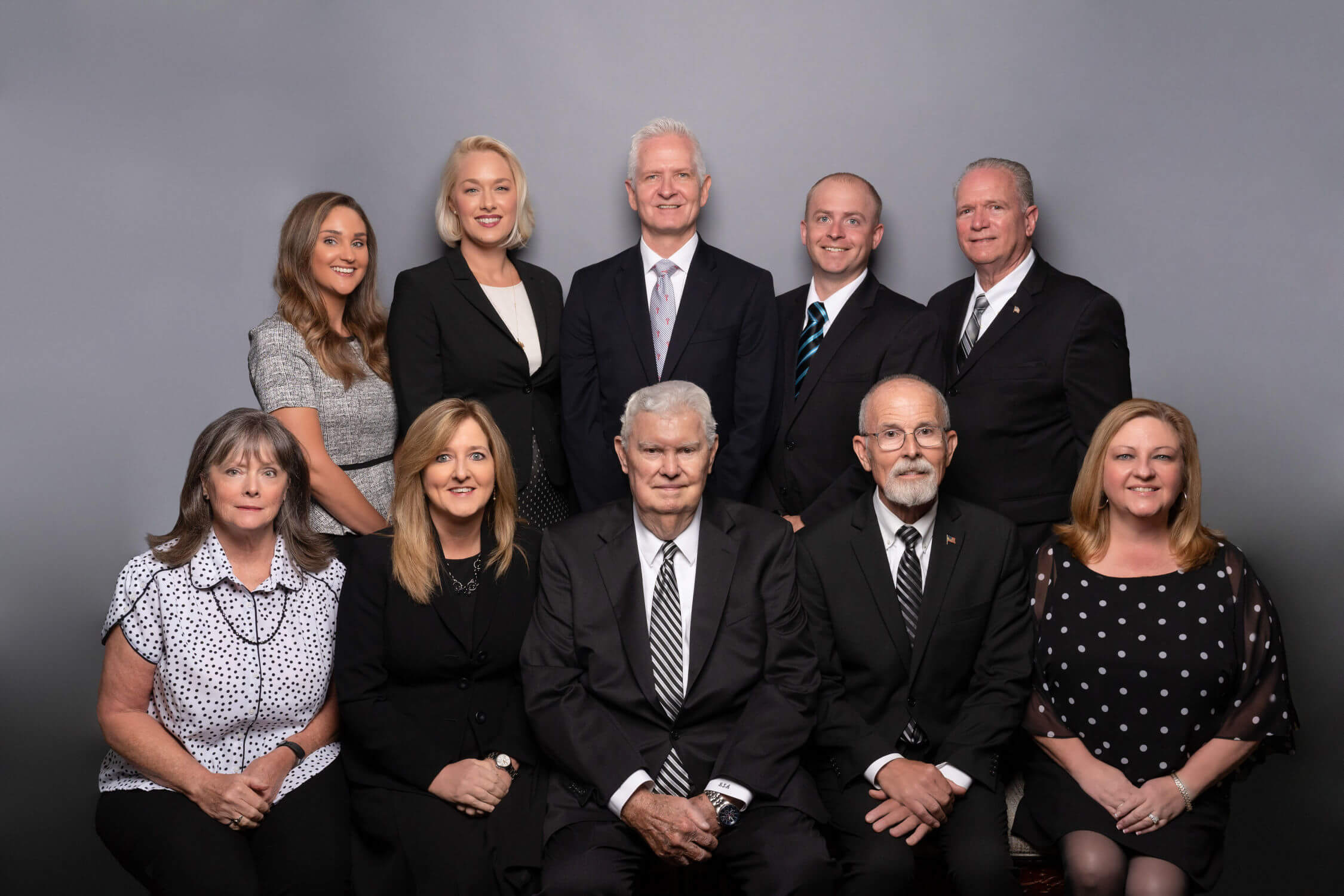 Our mission and desire at Quinn-Shalz, Family Funeral Home, is to assist you with the most dignified and compassionate way to memorialize your loved ones. The Quinn-Shalz family will guide you in planning either a traditional funeral service or through the many options available that will help you develop a more personalized and unique service. We bring a wealth of experience in funeral matters, business management, leadership, compassion, and civic involvement. With over 60 years of active military service in the Quinn-Shalz family history, we are experts in military funerals and benefits. 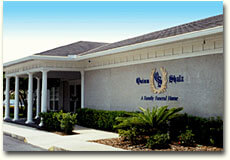 Quinn-Shalz, Family Funeral Home, is able to assist you in any situation, whether local or long distance, in the matters of meeting your individual death care needs. We have the staff, expertise, facilities and desire to personalize each service. During a time of grief, let us help your family through this most difficult time.

Our beautiful facility provides a comforting atmosphere which allows our caring and knowledgeable staff to meet your needs during this difficult time in your life. Having the area's first onsite crematory as well as the Beaches largest chapel, we are able to provide our families with all our services at one centralized location. 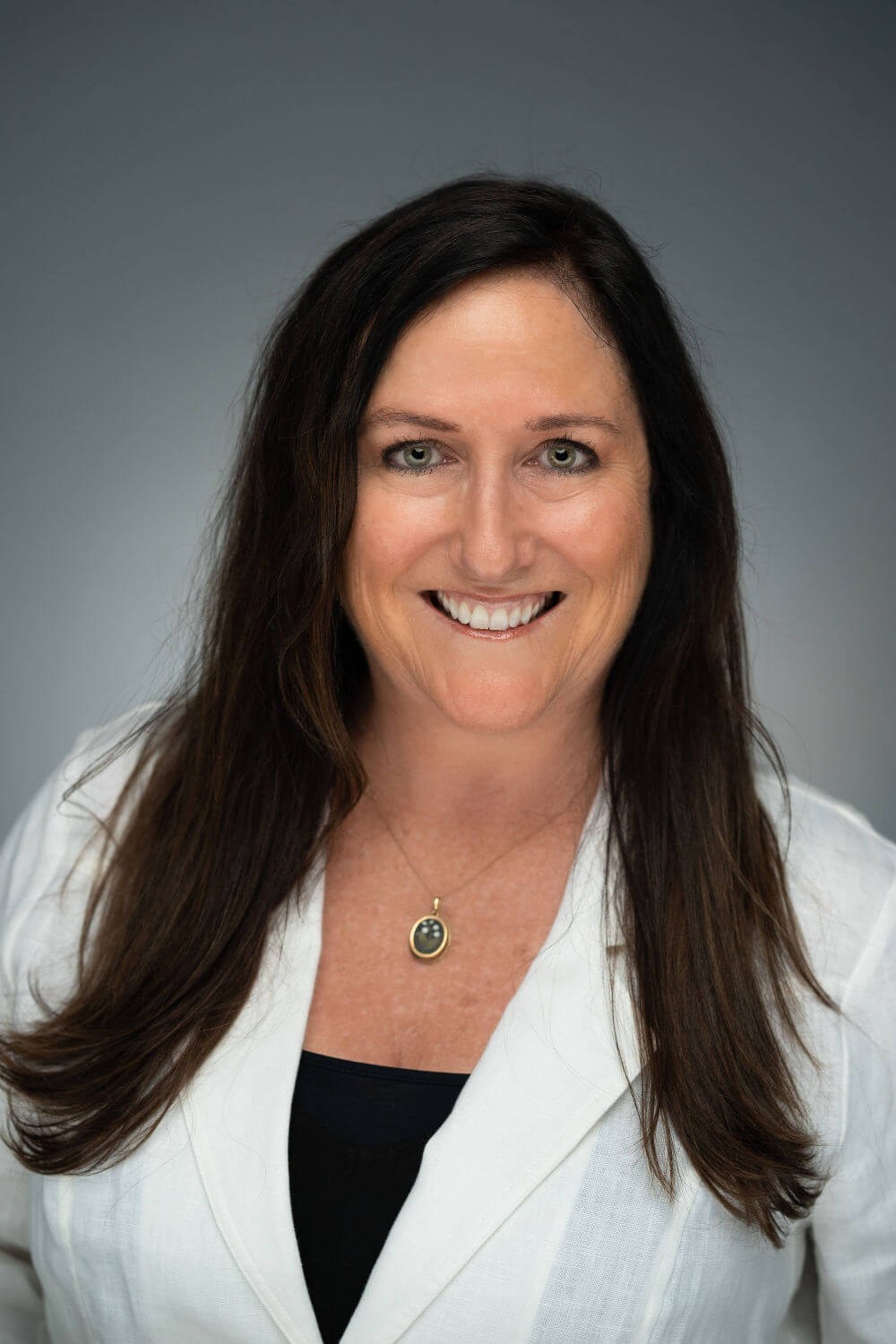 Mary Quinn Shalz is the owner of Quinn-Shalz Family Funeral Home. She and Michael Shalz married in 1992 and moved to Jacksonville from Kansas City in 1994. Their son, Jacob Quinn Shalz, was born in 1996. After the death of her husband, she began to play a more active role in the funeral home. In 2013 she retired from her career of teaching elementary school to further dedicate herself to her late husband’s legacy. As Quinn-Shalz serves the Beaches community, Mary spends much of her time volunteering for various community resources. She is involved with Beaches Emergency Assistance Ministry (BEAM), Beaches Community Kitchen, Beaches Habitat and volunteers in area schools and assists in tutoring students. Mary and Jacob are forever grateful to the outpouring of love and support bestowed upon them at the time of Michael’s unexpected death at the age of 46, and are fortunate to feel that love to this day. It is an honor to serve the community and support families as they face the challenges of losing a loved one.

Mrs. John (Jack) T. Quinn USA ret, Kay, played an active role in her community.  When she and Jack moved to Ponte Vedra Beach in 1991 she quickly became involved in Newcomers, bridge and mahjong groups, BEAM, St Vincent de Paul as well as St Paul’s Catholic Church and Our Lady Star of the Sea.  Using her skills of Social Worker and an Army wife for 30 years, Kay, a mother of six, and breast cancer survivor, mastered many talents ranging from packing up and moving, entertaining, volunteering, creativity of sewing and numerous crafts, to managing a family even while her husband served 3 tours in Vietnam.  Her love and devotion to family and friends was so apparent and appreciated by all who came into contact with her.

A 1982 University of Central Oklahoma graduate, was a second-generation funeral director and was one of only two funeral directors in Northeast Florida with a bachelor's degree in Mortuary Science. He worked for many years as the Managing Director of the renowned Muehlebach Funeral Home in Kansas City and as a general manager and area vice president for Service Corporation International, the parent company of Hardage-Giddens Funeral Home. He is survived by his wife, Mary Quinn-Shalz, and son, Jacob Quinn-Shalz. He was actively involved with Hospice, Rotary club of Ponte Vedra, Jacksonville Chamber of Commerce, Knights of Columbus, Ponte Vedra Chamber of Commerce and was a member of Our Lady Star of the Sea Catholic Church of Ponte Vedra Beach.

A 1952 West Point graduate with an MS from Georgetown University and his wife, Kay (they dated in high school in New Haven, CT), came to Ponte Vedra Beach in 1991. Retiring from the Army in 1986, after 34 years of service including three Infantry combat tours in Vietnam, and Airborne-Ranger assignments, Jack taught at the college level and was a director of the Ft. Riley Bank in Ft. Riley, Kansas. In addition to Kay, Tom, Bill and Mary, he is also survived by his sons, Father John Quinn, SJ (a former Marine), Michael and Dan. The General is past president of the St. Vincent de Paul Society of the Beaches area (a volunteer society that helps all needy families, without regard to religion, race or age.) He also was a Life member of the Knights of Columbus and a former director on the board of the Ponte Vedra Community Association.