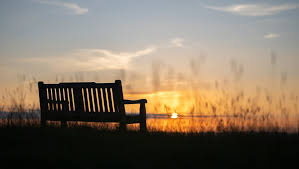 Lee F. McGuiness passed away peacefully at home in Ponte Vedra Beach, Florida on November 10, 2020 after a long illness.

The super grand patriarch of the McGuiness family, Lee gave generously of his life, his love, and his time.  Like his favorite Frank Sinatra song, he did things "My Way," living a life that was full, while traveling each and every highway.  He faced it all, stood tall, and did it His Way.

Born in Brooklyn, New York in 1935, Lee eventually moved to Charlotte, North Carolina, and at the age of 15 he began his lifelong career in sales, working a paper route and selling newspaper subscriptions for the Charlotte Observer. Always believing in his core values of hard work and perseverance, Lee found much success as a salesman and eventual owner of a paper and packaging company over the past fifty-plus years.  With a vast wealth of business and life savvy, Lee was very generous with his time, mentoring his own children and grandchildren as well as many young salesmen and women.

Lee found love again with Jane Ellen (Brown) Cunningham, marrying in 1995 and moving to Ponte Vedra Beach, Florida, where they would spend 25 glorious years together before his passing.

He is preceded in death by his parents, Lee Sr. and Florence McGuiness, his wife Nancy (Eury) McGuiness, son Patrick, and son-in-law Paul Gipson.

Lee McGuiness served as an example of what a man should be and how a man should show love, mentorship, and leadership to his family.  He instilled in his family the strength to push forward even at the most stressful of times.  He will be greatly missed.

To send flowers to the family or plant a tree in memory of Lee Francis McGuiness, please visit our floral store.