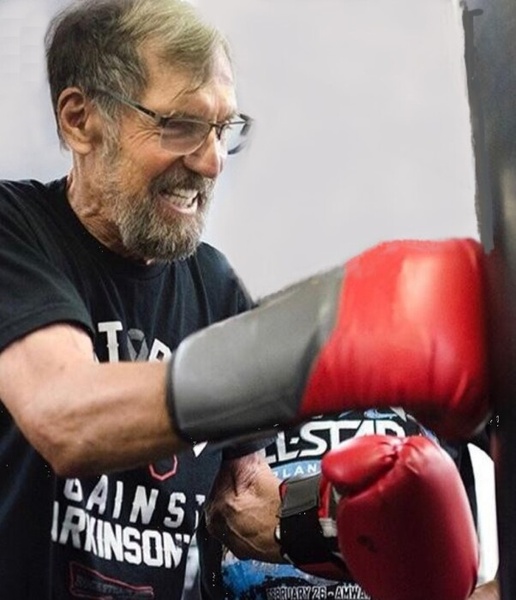 William “Bill” Joe Wilson, 80, of Jacksonville Beach, Florida passed away on October 16, 2020 after a courageous battle with Parkinson’s disease. Bill is survived by his loving wife of 33 years, Marilyn, his son Chad (Bern) and their 3 children Charles, Emily and Kevin, son Bryan (Carla) and daughter Kerry Prehn (Frank), their mother Pat Kennedy; brother Jack “Buddy” (Ann), sister Bettie Leah DeRoulhac, and the many nephews and nieces, related or not, who called him “Uncle Bill.”

Bill was born and raised in rural south Texas. He was preceded in death by his parents, Isaiah Wilson and Ruth Urban Wilson; and brother Robert “Bobby.” Both mother and brother passed from PD related illness.

Bill served in the Armed Services, then went on to earn Math degrees at Pan American University, Texas A&I and a PhD in Statistics from Texas A&M. He briefly held faculty positions at Texas A&M and Louisiana State at Lafayette before starting his 30 year career at the University of North Florida where he received numerous awards as an Outstanding Teacher, and a prestigious Distinguished Professor Award based on his accomplishments in the areas of teaching, research and publication and professional service. He also co-authored textbooks and initiated a program to aid others with statistical problems and, for a time before his retirement, served as an Associate Vice-President in Academic Affairs.

He retired in 2005 and in Spring of 2006, after months of testing, he was diagnosed with Parkinson’s disease. His plans for retirement involved playing golf, continuing with his weekend “Rubicon” charter fishing business, using his carpentry skills to build things, and traveling with Marilyn, however, now he added Parkinson’s. He became active in the Parkinson’s Foundation’s Advocacy in Research program to recruit candidates for clinical trials. He attended local Parkinson Support Groups and saw the need to disseminate information which led to his creation of the First Coast Parkinson’s disease Newsletter, then a webpage which listed local support groups, exercise programs, events, and other articles. Bill also arranged a successful roundtable seminar involving 10 health providers (neurologists and therapists) and 100 participants. The Davis Phinney Foundation recognized Bill as a “local hero” in 2014. He continued his active fight against Parkinson’s through attending Parkinson’s Runs and in particular, participation in Rock Steady Boxing for persons with Parkinson’s.

Bill wanted to do what he could to find a cure. He donated his brain to Mayo Clinic for research. Bill also had plans to create a local Parkinson’s Center for people with PD and their caregivers to offer resources to increase the quality of life for those with the disease and opportunities for patients to participate in research.

A Celebration of Bill’s life and a fundraiser will be held later next year to fulfill Bill’s dream of having a local Parkinson’s Center.