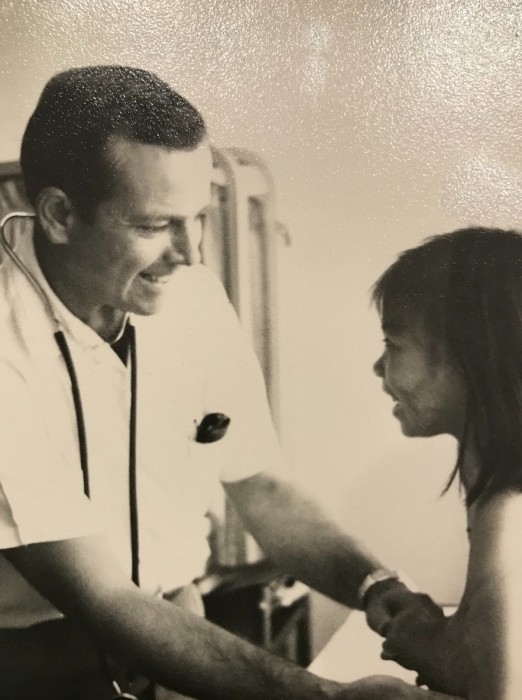 Born March 5, 1928, Dr. Rush was a Detroit native, graduating from Denby High School, University of Michigan and Wayne State School of Medicine. After three years in the U.S. Army Medical Corps, he received specialty training in pediatrics at Henry Ford Hospital. His private practice in St. Clair Shores has grown to become one of metro Detroit's most prestigious pediatric centers.

In 1966, he became the first director of medical education at St. John Hospital. Upon leaving that position, he became associate dean for curriculum at Wayne State School of Medicine. During this time, Dr. Rush also was responsible for the start-up and operation for 20 years of Camp Midicha for children with diabetes.

Over the years, Dr Rush's interests led him to two tours in Vietnam, where he helped children injured by the war. For his work, he was honored with a Green Beret Medal of Honor. He also was given a Fulbright Scholarship at the Karolinska University in Stockholm, Sweden.

After leaving the Detroit area, Dr. Rush held many medical positions around the world, until he retired to the mountains of Georgia with his beloved wife, Sally, and sons, Tom and Scott. Dr. Rush was always close and proud of his three children, Bill (Mendi), Jeffery and Janet. He also is survived by four grandchildren, Katie, Colleen, Kristen and Megan.