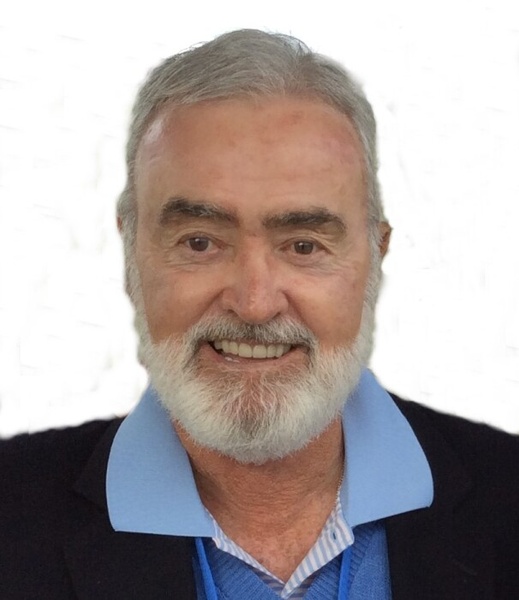 William R. Powell of Ponte Vedra Beach, FL passed away at his home on February 12th, 2021, after a long battle with Parkinson’s Disease.  A native of Greenwich, CT., Bill was a 1960 graduate of Greenwich High School and became the first member of his family to attend college, graduating from the Military College of South Carolina (the Citadel) in 1964.  After receiving a master’s degree from the University of Georgia in 1965, he served his country as a Lieutenant in the US Army for three years.

Upon his discharge from the service, he began his 50-plus year career in the meat brokerage industry, where he made numerous life-long friends and was known for his integrity and honesty.

A lifelong golfer, he was a member of the 1964 Southern Conference champion Citadel golf team.  One of his proudest achievements in the sport was when the members of the team were invited back to the campus in 2014 for the unveiling of a banner in the Field House honoring their achievement as the only golf team in the school’s history to win the conference championship.  He shared this love of the sport with his older son Will and grandson Ben, both of whom also became avid golfers.  An altogether more dubious ‘achievement’ was teaching his younger granddaughter Leo how to cheat at cards, a skill she continues to hone today.

Bill was a fan of UGA football, Atlanta Braves baseball, the Italian food of his youth, and old western TV shows.  He was a member of Christ Episcopal Church in Ponte Vedra where he served as a Lay Eucharistic Minister for many years and forged many faithful friendships.  He adored his wife and partner Christine and could be found on many days laying by the pool with her, enjoying a cocktail, discussing politics, sports, or college choices with granddaughter Grace when she was visiting.  He was also a voracious reader, a trait he passed down to his younger son David. With his keen intellect and knowledge of history and politics he loved to host legendary family meals/debates at Nino’s Restaurant in Atlanta, as well as at his home.  He was known for his kindness and generosity, his dry wit (that could turn bawdy when his sons were around), and an abiding love for his wife and family.

He is survived by his wife of 36 years, Christine Powell of Ponte Vedra, who cared for him lovingly as the disease slowly sapped his energy over the years; Sons Will Powell (Shirley) of Marietta, GA and David Powell (Dana Fowle) of Atlanta; Grandkids Grace and Ben Powell of Marietta, and Leo Powell of Atlanta;  Stepdaughter Alison Stevenson (Scott) and sons Jack, Thomas, and Wyatt of Atlanta;  Sister Carol Clark (Don) of Oxford, MI and daughters Chris, Ryan, and Dana; and Stepson Nicholas Smith and family of NC.  He is also survived by numerous cousins and friends.  He was preceded in death by his parents, Leo and Joan Powell of Greenwich.

The family would like to give special thanks to Community Hospice of Jacksonville for their attentive and affectionate care for Bill during a very difficult time.

In lieu of flowers, donations may be made to the Council on Aging (COA).

Due to COVID-19 restrictions, a memorial service will be announced at a later date.