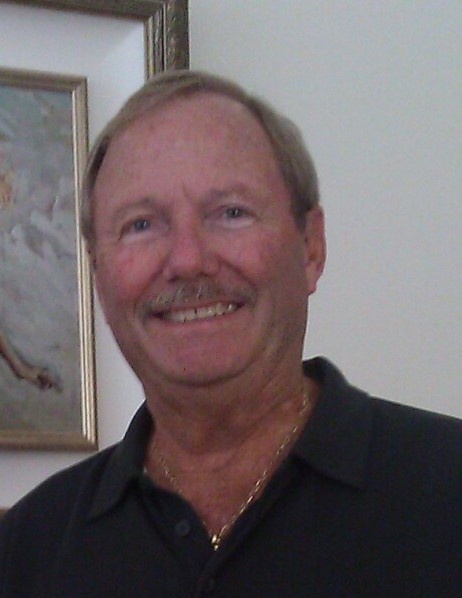 William L. Green, III (Bill), 75, of Ponte Vedra Beach passed away on July 27, 2020.  Bill grew up in Greenville, N.C.  He attended N.C. State University.  After college he began working with Sherwood Medical which took him to many different places and started his love for travel.  He was deeply loved by many and will be sorely missed.

Bill is survived by his wife, Sally Ann Laidlaw Green; son, William L. Green, IV (Raleigh, N.C.), his wife, Cari and their children Lauren and Mason; son, Jonathan Shawn Green (Raleigh, N.C.), his wife Lori and their children Zack and Zane; sister, Ann Green Joyner (Greenville, N.C.) and her husband, Robert N. Joyner; nephews Robert N. Joyner, Jr., Jonathan Green Joyner, and Paul W. Joyner. He is preceded in death by his mother and father, Virginia Allen Green and William L. Green Jr., and brother, Michael Allen Green.  Cherished friends knew him as someone who loved to help those in need but his favorite role in life was husband, father and PaPa to his four grandchildren.

His desire to help others had no boundaries.  Bill and Sally’s ties to Alabama led to their gift toward building the Laidlaw Performing Arts Center, including a bronze sculpture of a minstrel playing a flute to welcome visitors.  That was followed by another sculpture donation in the Children and Women’s Hospital and scholarship endowments at the University of South Alabama.

His giving to those in need covered so many things, but in particular, he had an affinity to helping the Wolfson Children’s and Baptist Hospital in Jacksonville.  He worked diligently for causes to help children, focusing on the Pediatric Genetics Endowment, Patrons of the Heart, Neurology groups, along with the local Ronald McDonald House.  As his work had no borders, he helped generously with the Bahamas relief efforts and ministries.  He served on several boards and committees including the Jacksonville Zoo, and the Wolfson Children’s and Baptist Hospital.  He had a heart of gold and touched countless lives.

After retirement Bill enjoyed traveling all over the world from Australia to Europe, and everywhere in between.  He felt a special connection to the Carribean in particular the Abacos, Bahamas where he spent a lot of time.  As an avid fisherman, he loved bonefishing in the Abacos, along with catching trophy fish in Canada, Patagonia and in the Amazon. Bill loved the outdoors and could be found playing tennis, hunting, snorkeling, boating, or on a trip anywhere in the world looking for his next great adventure.

Faith, family, friends and a servant’s heart is the legacy of Bill Green.

In lieu of flowers the family ask for donations to:

Due to COVID restrictions, the family will hold their own private memorials, however, a celebration of life will be held at a later date in Ponte Vedra.