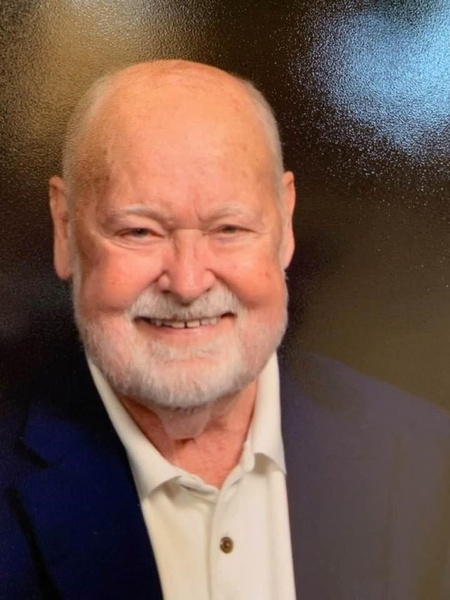 Walt liked to say his working career began at age 11 when he had a paper route before school. At 16 he became a part-time salesman in a men’s department.  He earned an MBA degree at the University of Houston and was committed to learning throughout his life.  He proudly served in the US Marine Reserves for six years while working and raising a family.

Walt’s faith in God was unshakeable.  At Palms Church, he served as Elder, Sunday school teacher and volunteered for many service projects.  At home, he often meditated while looking at his garden and the birds he fed.  He believed in regular exercise and enjoyed racket ball, sailing, scuba diving, gardening and travel to beautiful gardens especially in NC and FL. He became quite the handyman; he once built a life-size wooden Santa for the front door and laid a long stone pathway around the backyard.

There will be a Celebration of Life service for Walt at Palms Presbyterian Church, 3410 3rd Street South, Jacksonville Beach, Friday February 7, 2020 at 11:00 AM.

In lieu of flowers, donations may be made to Palms Presbyterian Church, Smile Train, or BEAM (Beaches Emergency Assistance Ministry in Jacksonville Beach, FL).