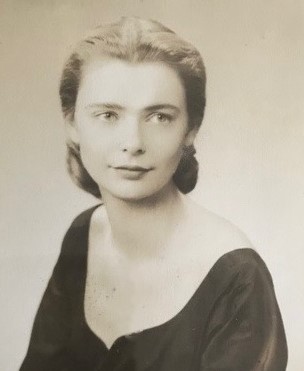 Van married Dan in 1956 and enjoyed an enduring marriage lasting sixty-three years. They provided love and direction to three children, while balancing a commitment to community service.   Active in the Junior League wherever she lived, Van was appointed Head of the Long Island Junior League Provisionals.  After moving to Ponte Vedra, Florida, in 1993 she subsequently became Junior League Chairman of the Beaches Sustainers.

Van was an active athlete during her collegiate years and throughout her adult life.  She played field hockey and lacrosse at Friends Academy and enjoyed competitive club paddle tennis and tennis for decades after.

Van was also an accomplished and recognized art historian.  She was President of the docents at The Cummer Museum in Jacksonville and headed the Museum outreach program at LaVilla School of the Arts.  During her retirement she served as an advocate, fundraiser, and most importantly to her, as an art educator to people of all ages.

Van lived life richly.  She was not only a gifted teacher but a constant student.  She touched lives and made them better through her friendship, verve, humor & warmth.  She was loyal, kind, intelligent, well-read, forthright and irreverently funny.  We will all miss her deeply.

A memorial service will be announced at a later date.

In lieu of flowers, donations may be made to: The Vicar’s Landing Members Trust Scholarship Fund: vicarsmembershiptrust@gmail.com  or Community Hospice and Palliative Care Foundation, 4266 Sunbeam Road, Jacksonville, FL. 32257, www.community hospice.com/give.