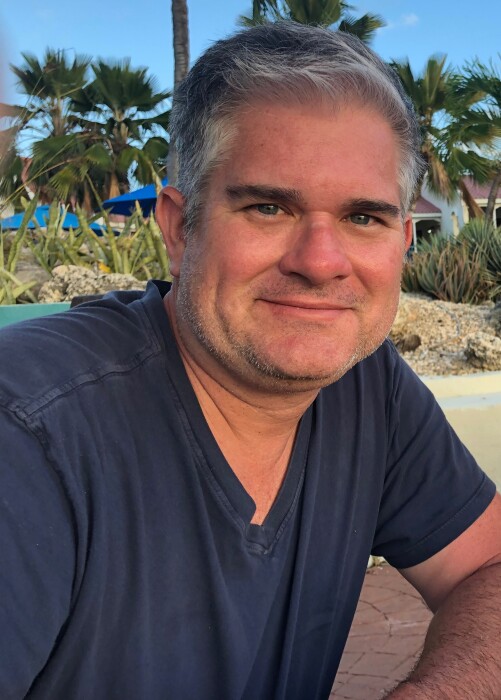 Todd Allan Boring died unexpectedly at 47 on June 29, 2021 in his home in Jacksonville, Fl.  Cause of death was hypertensive heart disease. Todd was born in Washington, DC on Nov. 24, 1973 and grew up in Northern Virginia. He attended Potomac School in McLean, graduated from Langley High School, and attended St. John’s College in Annapolis, MD. He graduated from the University of Florida and received a MS degree in Physiology from Georgetown University. He fulfilled his lifelong dream of becoming a physician and earned his medical degree from St. Georges Medical School in Grenada, West Indies, and completed an Emergency Medicine residency at Penn State Milton S. Hershey Medical Center. Dr. Boring worked as emergency physician in Wilmington, NC and later in Jacksonville, FL. He was married to Kasey Wagner and they had two daughters, Tess and Phoebe. Dr. Boring was a kind, modest man with a great smile and hug and wanted to help people. Even as a child, he had a strong sense of fairness toward the treatment of others. He delighted in being a father and truly loved his daughters. He enjoyed skiing, soccer, weightlifting, rugby, skateboarding, fishing, scuba diving, and international travel. Dr. Boring’s friends have fond memories of him as the drummer in their heavy metal band.

Besides his wife and two daughters, he is survived by his mother, Beverly Updike, in McLean VA; father, James Boring, and his wife, Sharon, in Great Falls, VA; brother, John Williams Boring and his wife Kari, and daughter, Madeleine in Pasadena, MD; and stepbrother, Tim Karpoff and his wife, Fiona, and children, Saoirse, Hugh, and Bram in Larchmont, NY. Memorial service will be held at Immanuel Presbyterian Church in McLean, VA on Saturday, September 25th at 2:00pm, www.ipcmclean.org. The service will also be live-streamed and available on the church's YouTube channel.