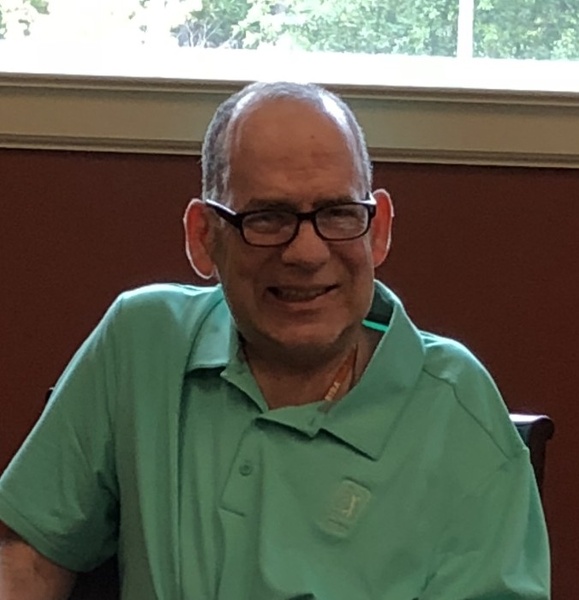 Timothy Joseph “Tim” Gaia passed into the loving arms of our Lord in the early morning of November 2, 2019. He was born in Memphis, Tennessee on April 7, 1958 and lived there for over 30 years before moving to Southaven, Mississippi.  Tim was 61 and a proud card carrying member of “AARP”.

He was a graduate of Catholic High in Memphis, Tennessee.  After graduation he went to work in the family grocery business at Jack’s Foods in downtown Memphis.

Tim loved golf!  He suffered a stroke when he was 28 but continued playing, swinging the driver with his right hand and driving the ball down the fairway.  He loved going to the TPC and watching the pros.  Tim moved to Jacksonville in 2015 and resided at The Windsor at San Pablo where he and other members of the Men’s Club enjoyed TPC outings a couple of times a year.  Football was another passion of Tim’s.  He became a big Gator fan, but his true love was the University of Memphis Tigers.  Gooo Tigers!  He said he was a Jaguar fan, but never gave up on his other favorite teams the Denver Broncos and Chicago Bears.

Tim was preceded in death by his parents Jack and Mary Gaia, and brothers Jack, Dan, and Andy.  He is survived by his sister Madeline Geiger (Stewart), brother Mike, sister-in-law Patti and aunts Helen Adamo and Vivian Pope along with his many nieces and nephews, cousins and their families. He also leaves behind his many friends, staff and caregivers at The Windsor.

In lieu of flowers donations can be made to St Jude Children’s Hospital in Memphis, Tennessee or the charity of your choice.

A Funeral Mass was celebrated at The Windsor of San Pablo in Jacksonville.  Tim will be buried with his family at Calvary Cemetery in Memphis, Tennessee.