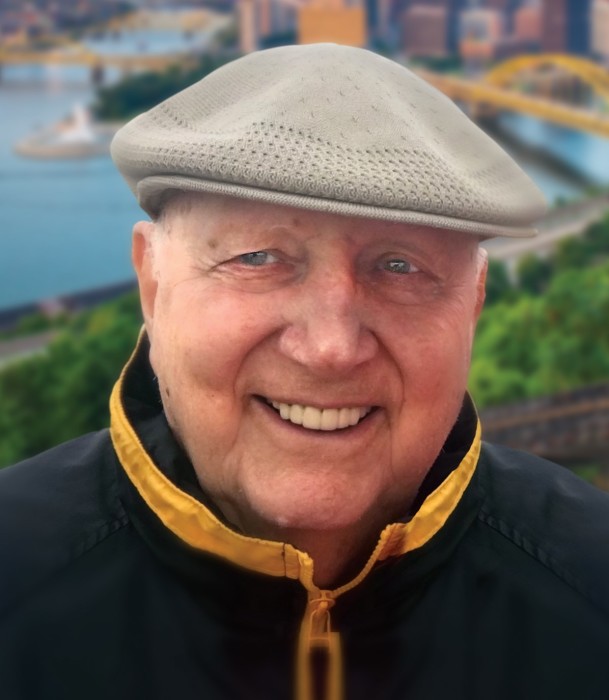 Tom was born and raised in McKees Rocks, PA and attended McKees Rocks High School where his popularity earned him many lifelong nicknames like TC, Top Cat, and Killer Conley. He went on to attend West Liberty College and received a bachelor’s degree in education. After teaching for a few years, he went into real estate and worked with Ryan Homes and Kenmar Land Development. He went on to work with Foster Wheeler Energy Corporation and Terra Enterprises which eventually led him into private consultancy as a land developer carrying him through to his retirement. Tom raised five children in Moon Township, PA. He attended St. Margaret Mary Church faithfully. He was commissioner of Moon Park’s baseball league for many years. Every summer you would find Tom out with his kids or an entire team, coaching, hitting balls or running bases. Tom and his entire family enjoyed Moon Park, a special place, for many years.  He loved his hometown of Pittsburgh, its sports teams and colorful characters. Telling stories of the good old days was a favorite pastime. He took great pride in tending to his immaculate lawn, making Sunday breakfasts, and enjoying sandwiches with lunchmeat from Isaly’s on Mancini’s bread. He often took his family on trips to Disney World, Rehoboth Beach, Ocean City, Maryland, and Conneaut Lake. Even with five children he made it a point to attend all their activities. He was present for every one of his youngest son’s baseball and football games at The Kiski School which required hours of driving. Tom was a jokester and always had a plethora of one liners, some a bit risqué and many of them original.  Tom moved to Florida permanently in 1994 and enjoyed his retirement years in Ponte Vedra Beach, Florida being surrounded by sunshine, ocean breezes, and his family. He was one of a kind and will be greatly missed.

A Memorial Service will be held at 5:00 PM, Friday, August 10th at Quinn-Shalz Funeral Home in Jacksonville Beach to celebrate Tom’s life. In Tom’s honor, the family requests casual attire.

In lieu of flowers, donations may be made in Tom’s memory to Community Hospice & Palliative Care Foundation, 4266 Sunbeam Rd., Jacksonville, FL 32257, www.communityhospice.com.