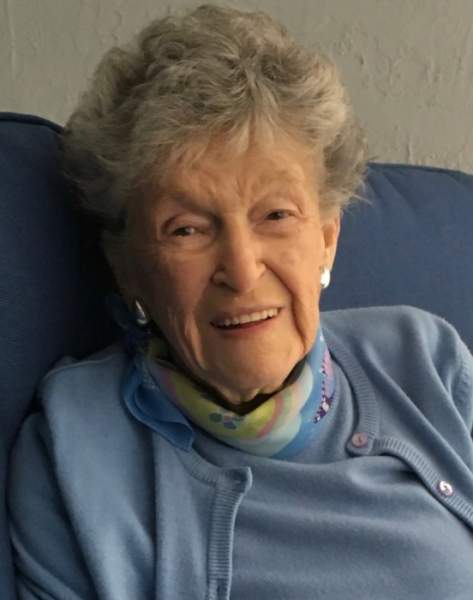 Thais Flanagan Cabral of Jacksonville, Florida and Quaker Hill, Connecticut died surrounded by family on November 8, 2019 after a brief illness. Thais was born in Boston, Massachusetts on January 16, 1921 to Frances Shannon Flanagan and John Stephen Flanagan. She was the loving wife of Neale V. Cabral who predeceased her in 1996 and together she and Neale had five children.

Thais and Neale met in 1944 while they were both serving in WWII at the US Naval Hospital in Newport, Rhode Island.  Ensign Thais Flanagan was a Navy nurse and prior to her service was employed as an RN at Massachusetts General Hospital.

Her strong Catholic faith provided her strength and shaped all of her loving interactions with family and friends. She thrived as an active homemaker dedicating her time to her children’s school activities, religious instruction, Girl and Boy Scout leadership and community volunteerism. Thais was an avid, skilled Bridge player and until last week she participated in three card groups at Cypress Village.

A Memorial Mass will be celebrated at 12 noon on Friday, November 15, 2019 at the Cypress Village Chapel, with Reverend William Kelly officiating and will be immediately followed by a reception at Cypress Village, 4600 Middleton Park Circle East, Jacksonville, Florida. Inurnment will be at a later date in New London, Connecticut.

In lieu of flowers, please consider a donation to the Cypress Village Scholarship Fund or Mayo Clinic Foundation at Mayo Clinic, Jacksonville, Florida.