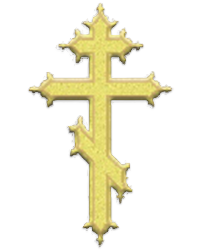 Tanya Lynn Palamar, 68, passed away on August 27, 2021 at Baptist Beaches Hospital from COVID.

She was born on August 13, 1953 to the late Dr. Robert Palamar and Marjorie Palamar in Gloversburg, NY. After her father's untimely death the family relocated to Jacksonville, FL. Tanya graduated from the University of Florida with a degree in Anthropology and spent her entire career at FCCJ in Jacksonville, FL, retiring from the state of state of Florida. She was a resident at Avante in Jacksonville Beach the last eight years. She always remained a true Gator fan.

Tanya researched her genealogy and traced her father's back to Ukrainian. With that knowledge Tanya researched the Orthodox Christian religion. She was the first person to be chrismated at Saint Justin the Martyr Orthodox Church, a newly planted church in Jacksonville in 1994. She served on the parish council and was very faithful. Although she was unable to attend church these past years, she continued to observe the faith.

Memorial donations can be made to the St. Justin the Martyr Youth Fund, 12460 Old St Augustine Rd, Jacksonville, FL 32258.