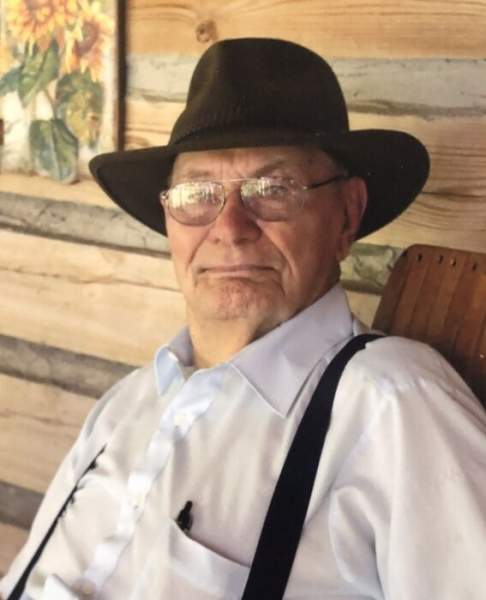 Sidney J. Mickler, 94, went home to be with our Lord on January 27th, 2021. He passed away peacefully at home surrounded by loved ones. He is preceded in death by the love of his life, his wife of 57 years, Jo Phillips Mickler.

He was born in Palm Valley Florida on November 15th, 1926 to the late Sydney A. & Lucy Spreitzer Mickler. Sid was one of ten children. His Sisters, Mary Voutour, Susan Hall, Edna Fifer and brother Leland Mickler were there to greet him at heaven’s gate. He leaves behind his brother Robert “Tony “ Mickler, and sisters Vera Eckert, June Shimp, Rita McCue and Betty Baumli.

As a young boy, he helped his father build the pier at Mickler’s beach. He grew up in a time of dirt roads and no electricity. They fished and hunted to keep the family fed. They filled their souls on Christ and their hearts with love. He attended school at the two-room elementary school house on his parent’s property. From there he went to Fletcher high school. He proudly joined the Navy and fought in WWII. After returning home he joined his father working on their family-owned shrimp boat. Within a few years he began his lifelong career as an electrician. He retired from the City of Jacksonville Beach electric department after 25 years. He then joined the IBEW which gave he and Jo the opportunity to travel the United States with their family, a passion that they continued even after their final retirement.

And if that wasn’t enough he was humbly involved with The Knights of Columbus, years as a CCD teacher, Boy Scouts, March of Dimes, Beaches Museum, Palm Valley Community Center Association, Sampson Cemetery Association, St Johns County Council on Aging, PV-PV School Carnival Committee, St Paul’s Carnival Committee, The Mickler Family Reunion Committee (which was held at the fairgrounds annually for the 300-400 attendees) along with anything else that his equally involved, beloved Jo needed help with.

To name a few of many tricks, He was the guy that had the pretend “wild animal” in the bucket that the lid popped up and the fur sprang out at you as you bent down to peek in. He also had a realistic fake cake he made just to take to functions and would “accidently” drop it to get people to laugh.

He loved fishing, gigging, cast nets and anything involving salt water. His passion was mullet; fried, boiled, or smoked, he didn’t care. He loved them.

He was the best Daddy, Papa and Big Papa ever and will be missed dearly.

In lieu of flowers, the family ask that you say the Lord’s prayer in his memory, or you may donate in Sid’s honor to the charity of your choice. Here are a few of our family’s favorites.