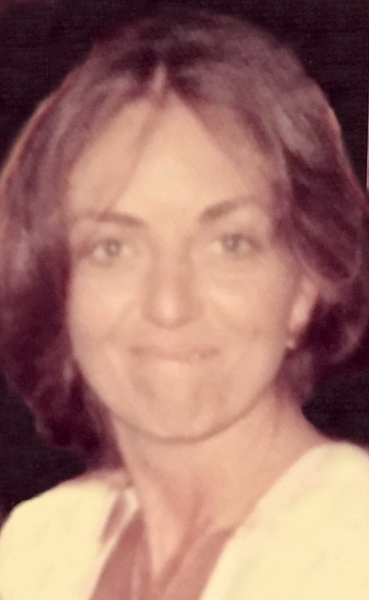 Sarah “Sally” Catherine Creaner Clark Alderman was born to Irish parents Thomas Ambrose Creaner and Catherine Fitzgerald Creaner on July 23, 1941 in Kokstad, South Africa on Hope Street in the Province of the Cape of Good Hope. She drew her last breath on December 27, 2019 surrounded in her last days by those whom she loved profoundly well. She is survived by: her baby sister Alannah Kerr; her three daughters, Susan Clark Staley [Kevin], Katherine “Kat” Clark Silverglate [Spencer], and Shannon Irene Fitzgerald Alderman; her five grandchildren, Jordan Bruce Staley [Alyssa], Ryan Eric Staley [Anne], Erin Katherine Sessions [Andrew], Morgan Elizabeth Chapman [Stephen], and Cameron Blake Silverglate [Allie]. She was predeceased by her sisters Patricia and Rosemary, her first husband Bruce Clarke, and her second, Jerry Alderman. Sally, the daughter of a civil engineer in charge of British water systems throughout the world, was educated in Africa, India, and Ireland. Fluent in Hindustani as a young girl, she began her formal boarding education in Nyasaland because it was no longer safe for her to travel to the remote locations where her father was stationed. Between the ages of nine and eighteen, she completed her primary and secondary education at Dominican Convent St. Marys in Cabra, Dublin, earning the equivalent of a U.S. Associates degree. She then spent two years studying French at the Sorbonne in Paris, where she met her first love, Bruce Steven Clarke, the father of her oldest daughters.  In 1963, Sally and Bruce immigrated from their first home in Germany to the United States. Primarily a wife and mother until Bruce died in 1974, she was fond of saying, “I became a jack of all trades and master of none” to bring three daughters through Catholic school and to the college threshold. While she concluded her career with two decades as a bookkeeper at her beloved church, St. John’s Catholic in Mayport, she developed her many talents and skills along the way at the Florida Times Union, St. Paul’s Catholic School, St. Paul’s Episcopal School, the law offices of Matthews, Osborn, Erlich, et al., Selva Marina Country Club, Ponte Vedra Country Club, Whaley Manufacturing & Sales, as an independent tennis racket stringer, and so much more. In 1976, her world lit up with delight at the birth of her youngest, Shannon, who would be Sally’s primary caretaker in the last years of her life.  She saw each of her daughters though a major tragedy—third degree burns, brain surgery, and cancer. She never left their sides or gave in to despair. Sally’s house in Atlantic Beach was her “Tara” where she generously welcomed countless orphans, children, men, women, dogs, cats, and strangers who found tender sanctuary in her care. She was free-spirited with a childlike imagination and a love of words and story.  She was a tender mother, a fierce friend, a faithful disciple, and a great listener. She called the beach her friend, Ireland and Atlantic Beach her homes, and her Catholic faith her true north. Though words cannot adequately express the impact she’s had on us and others, we are committed to live out her legacy of saying “I love you” at every turn. Into Your hands we commit our beloved Sally “Mama Sassy” Alderman. Sally’s girls—Susan, Kat, and Shannon.  In lieu of flowers, please send donations to “feed the needy” to St. John’s Catholic Church on Mayport Road.