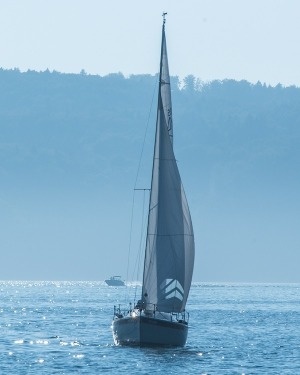 Samuel Cushing died on May 13, 2019 due to a long battle with myelodysplastic syndrome. He was born on February 9, 1934 in Stamford, CT to the late Ruth and John Cushing and was a resident of Ponte Vedra Beach, FL for almost 30 years.

Cushing graduated from King School in Stamford and was educated at the University of Pennsylvania. He was a professional jazz flute and piano player in NYC.

Cushing was a full-time derivatives trader. Prior to moving to Florida, he was a partner at Cushing & Roberts Insurance in Stamford for 20 years.

He was married to Barbara Cushing who died in 2008. They had three children, Kathryn (John) Maple, Virginia (John) Cushing and Peter Cushing. He also leaves behind two grandchildren, Shannon (Brian) and John Michael; three great-grandchildren, Brock, Lincoln and Lenna. He was predeceased by his brother John in 2013.

In 1981 Cushing married Marguerite “Mims” Keeshan, moved to Florida in 1992 and was divorced in 2001. He was stepfather to Jay Keeshan (Linda) and Melissa (David) Coughlin. The family spent many weeks every year in their home in Aruba. He also leaves behind his long time, loving companion Robin Sheffler.

He was an avid sailor and member of the Storm Trysail Club of Stamford, CT. He sailed in ten Newport-Bermuda races, a Cape Town to Rio race, two Transatlantic and one Transpacific race. He cruised and raced from Halifax to Florida. He was honored with the Cutty Sark trophy for his contributions to the Storm Trysail Club.