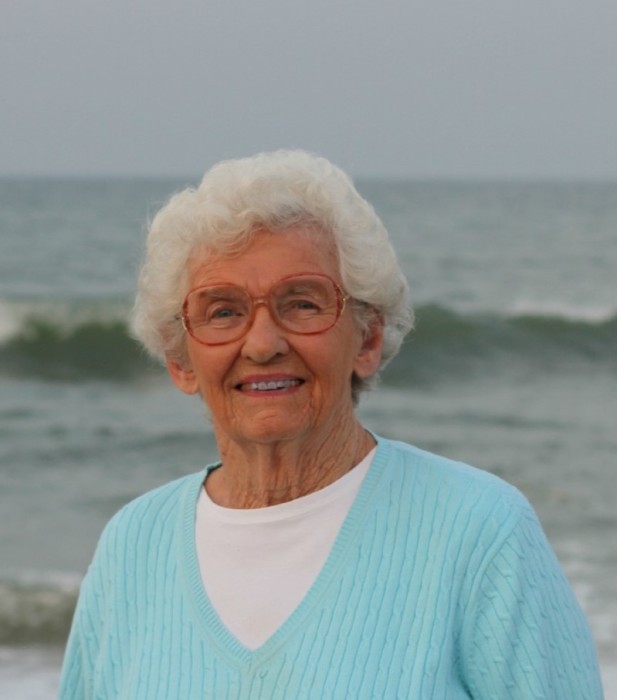 Ruth Melee Waugaman, age 94, passed away on November 8, 2018. Ruth was born December 31, 1923 in New York City.  She graduated from Douglass College (New Jersey College for Women) in 1944 with a bachelor's degree in Political Science. Upon graduating, she took a job with IBM, where she and another female colleague were invited to make a presentation to Thomas J. Watson, the first president of IBM. She married Charles Hoffmeier Waugaman in 1945 in New Jersey while he was home on leave from World War II.  They were married for 66 years and had three children, whom they raised in Chattanooga, Tennessee where Chuck was an executive with Tennessee Valley Authority.

Ruth was active throughout her life in multiple community service organizations, and one of her proudest accomplishments was her service as President of the League of Women Voters. She was a successful Realtor in Chattanooga, where she also served on the board of directors of the symphony, the Family Services Agency and various other philanthropic organizations.  She was also active in her church, St. Timothy's Episcopal Church on Signal Mountain. Upon retirement, Ruth and Chuck moved to Stuart, Florida and later to Brevard, North Carolina. In Brevard, Ruth was a member of Brevard-Davidson River Presbyterian Church and an active volunteer in several organizations.

An avid tennis player, hiker, traveler, sailor and reader throughout most of her life, one of Ruth's greatest passions was classical music and the performing arts. She moved to Ponte Vedra Beach last year at the age of 93 and became a member of Christ Episcopal Church.  She always had a smile on her face, gratitude in her heart, and was devoted to making others feel welcome and loved.

The family wishes to thank the entire team of caregivers at Arbor Terrace for their love, devotion, and special care of Ruth.  A private family memorial service will be held in December at Christ Episcopal Church.

Those desiring to make contributions to honor Ruth may make them to Christ Episcopal Church, BEAM, Community Hospice, or the church or organization of your choice.