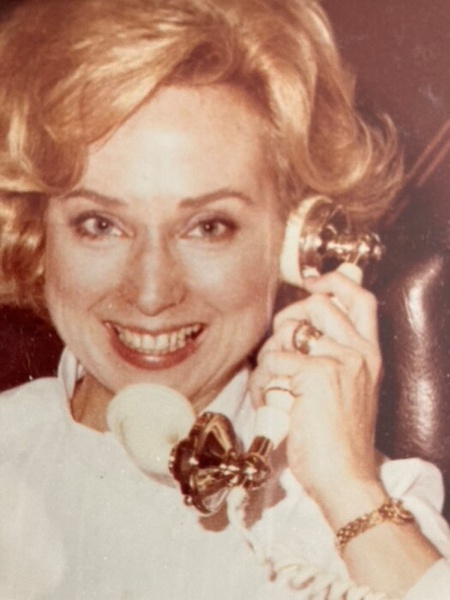 Ruth Benzenhoefer Adasiak passed away on Monday, April 11, 2022. Posey, as she was affectionately called, was born in Pittsburgh, PA to Ruth “Mimi” Schofield Benzenhoefer and Frederick Benzenhoefer. The family moved to Sewickley where she and her beloved brother Albert grew up. After graduating from Sewickley High School, Ruth attended Theil College in Greenville, PA, receiving her AS Degree in Secretarial Studies.

While living a life filled with family, work, love and a great deal of silliness and fun, transitions were always at hand. Throughout her 58-year marriage to her beloved surviving spouse, Robert J. Adasiak, they moved fourteen times! Always undaunted by Bob’s frequent transfers to new locations each with a factory needing to be saved, Posey would pack up the house and rapidly build a new community of friends at each location while prodigiously writing, calling, and visiting friends from previous homes.

Posey is survived by her loving husband, Robert J Adasiak and son and daughter-in-law, Edward A. Adasiak and Betsy Ringrose of Lafayette, CA; Ruth’s grandchildren by her oldest son Bobby, who predeceased her in 2017, Colby Adasiak, and stepdaughter Stacia Dunkin both reside in Enid, OK, as does former daughter-in-law, Sandy Adasiak. Sadly, her beloved brother Albert passed away in February 2022. His wonderful wife and Posey’s beloved sister-in-law Janice Benzenhoefer live in Charlotte, NC.

The family requests that in lieu of flowers or other donations, you consider donating to the Michael J Fox Foundation, Grand Central Station PO Box4777, New York, NY 10163. Her brother, Albert C Benzenhoefer died on February 19, 2022, of Parkinson’s Disease.