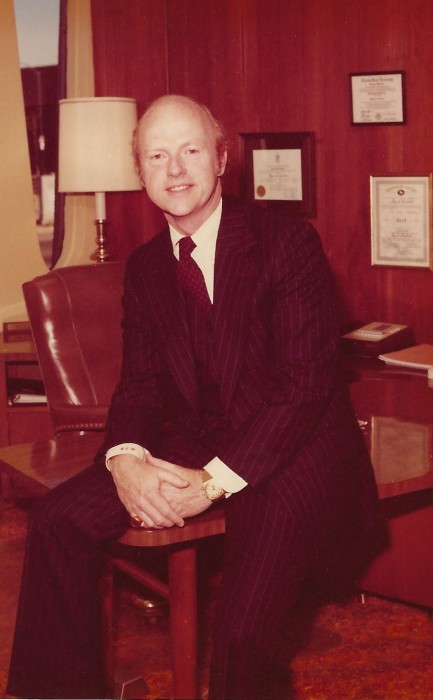 Our wise, witty and wonderful father, Roy Edward Mulhall, departed for heaven on October 7, 2018.  He was born in Louisville, Kentucky on July 22, 1941 to Roy Edward Mulhall, Sr. and Viola Deters.  The Mulhall family moved to Jacksonville, Florida in 1955.  He attended duPont High School, and graduated with the class of 1959.  A proud patriot, he served his country in the Army Security Agency and Army Reserve.  He joined his future wife, Barbara Burns, at Florida State University following his discharge from the Army, and graduated with a Bachelor of Science in Business Administration.  He was a Sigma Chi fraternity member and lifelong fan of the FSU Seminoles.

A successful career followed as an executive for several companies in the consumer electronics industry.  He was the highest-ranking American in the Japanese Corporation, Uniden, and was instrumental in placing the cordless telephone into the American marketplace.  He was also very involved in the early days of the development of satellite television, and dined with President Ronald Reagan at the White House to discuss the potential of the satellite industry.

In 1984, he moved his family to Ponte Vedra Beach, a community he loved and where he was an original member of the Sawgrass County Club. He remained here for the rest of his life, with his children and grandchildren close by in Sawgrass.  Local friends will remember him as an owner of Cedar River Seafood restaurants, the Bono’s BBQ in Ponte Vedra Beach and The Mill Bakery, Eatery and Brewery restaurants in Jacksonville and throughout Florida.

He is survived by the love of his life, his wife of 52 years, Barbara Burns Mulhall.  He is also survived by his son, Sean, daughter, Kelly, daughter in-law, Joanna, and his grandchildren, Ryan and Abbey.  His family meant everything to him, and time spent with family was the highlight of his day.  Friends and family will never forget his joyful and engaging personality, wise advice, and great sense of humor.

He was interned at Oaklawn Cemetery in Jacksonville, FL during a family service.  A Celebration of Life will take place later this month.