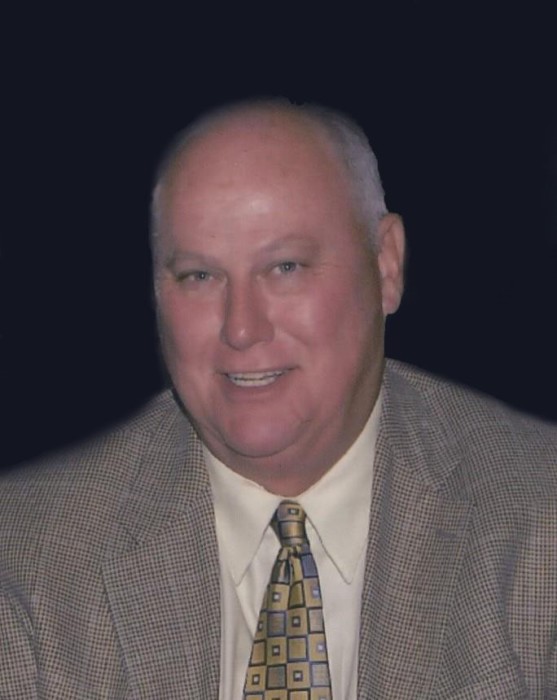 Ronald Allen Harrison, a longtime resident of Jacksonville, FL, returned to his heavenly home on December 9, 2019, after a valiant battle with ALS (Lou Gehrig’s disease). His love and devotion to family and unwavering belief in God supported him in his struggle, and ultimately gave him peace.

He found salvation early in life, accepting Jesus Christ as his savior, and enjoyed lifelong fellowship as a practitioner of the Baptist faith.

His youth was spent in Forsyth, GA where he graduated from Mary Parsons High School before attending Abraham Baldwin Agricultural College and later completing his degree at Florida State College at Jacksonville. Ron proudly served the United States of America from 1969 until 1971 as an Army veteran in the Vietnam War.  His service in the 57th Medical Detachment (Dustoff) Unit was honored by the State of Georgia with an award.

Ron married his best friend, Carol Corbitt Harrison in 1974, and they were blessed with their son, Joel.  Ron’s genuine love of people, humility, generosity, quick wit and sense of humor set him apart.  He was a southern gentleman who made everyone feel special and never met a stranger.  No one enjoyed good music, a funny joke, a lively prank, or a great sports competition more than Ron!  He was always ready to explore for the best restaurants in the Southland!  His sense of adventure was his hallmark, and his hearty laugh was his calling card. Ron was a man of unimpeachable character whose honesty and loyalty made him much beloved by his family, friends, community, coworkers and customers.

Ron began his career in the seafood industry in 1975 and fell in love with the industry.  He was a sales professional at heart who relished every day of work or play and served as a mentor to many through his knowledge, positive attitude and gregarious spirit.  He was president of Florida Fish Distributors, and owner of JP Sales and C&H Cold Storage in Jacksonville, FL.  He was past president of the Southeastern Fisheries Association and a member of the National Fisheries Institute.  In 1998, he joined Sysco Company, and though his title was Director of OPCO Sales for North Star Seafood, he was affectionately known as the “Fish-man”.

In addition to Carol, his loving wife of 45 years he leaves behind Joel, his beloved son, sisters, Diane Tucker (Skip) and Glenda Vincent Sams (Lynn), brother-in-law David Corbitt, many nieces and nephews, and Clarissa Seseberry, who was like family for over 45 years.  Ron, though dearly missed, lives on in the memories of his loved ones who celebrate and find comfort in knowing he is once again whole and at peace with his Creator.

The compassionate caregivers who were an important part of the closing chapter of Ron’s life were:  Ertha Daniels, Markedia Daniels, J.R. Williams, Laquanda Williams, Brittaney Winters and members of the Senior Helpers.  Their tender devotion will long be remembered by Ron’s family.

A Celebration of Ron’s Life will be held on Saturday, January 4, 2020 at 2:00 PM at Jacksonville Golf & Country Club, 3985 Hunt Club Road N, Jacksonville, FL 32224, where Ron spent decades of happy times with friends and family. The Reverend Rick Blythe and the Reverend Eulie Brookins will preside.

The family gratefully acknowledges your prayers, condolences and shared memories. Those who wish to honor Ron’s legacy may do so through donations to Ronald McDonald House Charities of Jacksonville 824 Children’s Way, Jacksonville, FL 32207 or online at www.rmhcjacksonville.org, or Seafood Industry Research Fund, “SIRF”, Suite 700, 7918 Jones Branch Dr., McLean, VA 22102-3319, admin@SIRFonline.org

“To live in hearts we leave behind is not to die.”  Thomas Campbell