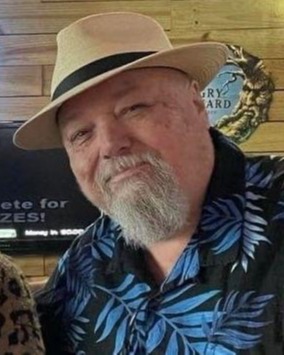 Ronald Harry Cole (Ron) passed away on October 15, 2022. He was born in Scranton, Pennsylvania on September 28, 1954, and was the youngest of five children of Clarence P and Margaret R Cole.

Ron, known to many of his friends simply as “Cole” lived in various places during his life including: Jacksonville, Florida, Denton, Texas and Chauvin, Louisiana. Ron was single most of his life and spent time in the Merchant Marines. He worked for Lumcon -Louisiana Universities Marine Consortium -a marine research organization. Ron, with his high-quality computer operating skills, was an asset to the team there and enjoyed all facets of marine research. After leaving Lumcon, he started his own computer service company. He serviced many clients in the southern Louisiana area for many years until he retired recently.

As a very intelligent and funny guy, he was able to make friends quickly and enjoyed companionship with friends and family. His interests included playing the guitar and harmonica. He also was a huge fan of blues music and could tell anyone who would listen all about his various favorite performers. He recently started making his own guitars.

Ron was also an ordained minister in the Universal Life Church Ministries which empowered him to perform all ministerial services such as baptisms, marriages etc.

Ron was predeceased by his parents and two sisters, Marilyn Cole and Barbara Gilmore. He is survived by his two brothers, Richard Cole and Robert Cole and Robert’s wife Lorraine Cole.  Also, he took great interest in his many nieces and nephews.

A celebration of life will be held Saturday November 12, 2022, at 3pm at the Quinn-Shalz Family Funeral Home in Jacksonville Beach, Florida.

In lieu of flowers, donations can be made to the Jacksonville Humane Society, 8464 Beach Blvd, Jacksonville Fl. 32216. Jaxhumane.org.