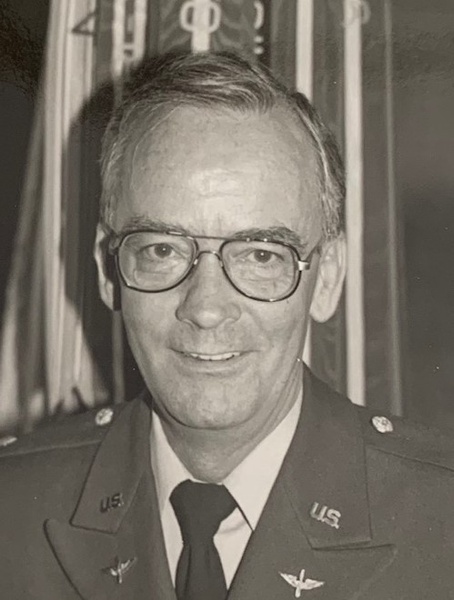 LT COL Roderick Charles Heath was born February 26, 1938 to Frances K Bouchard and Roderick Bouchard in Hartford, Connecticut.  Raised by his mother Frances and her second husband, Lawrence Heath, Rod took the name of Heath at an early age.  Rod passed peacefully away on June 30, 2020 surrounded by his family.

Rod graduated from Boston College and began his career in the United States Army in 1960.  During his service, he had assignments in Germany, Korea, Turkey and numerous posts in the United States.  He commanded an aviation scout section and a helicopter assault company during two Vietnam tours (December 1966-December 1967 and November 1970 – November 1971).  He survived being shot down twice.  He was awarded the Legion of Merit, Distinguished Flying Cross, Bronze Star Medal and Army Air Medal with Valor.  After returning from Vietnam, he attended Army Airborne school as a Major. Lieutenant Colonel Heath was stationed in Izmir, Turkey and was awarded the Defense Meritorious Service Medal both for his work with the North Atlantic Treaty Organization (NATO) and Allied Command Europe (ACE). Heath retired in 1989 after 28 years of service.

A private memorial and burial will be held at Ponte Vedra Valley Cemetery, Thursday, July 9, 2020.  In lieu of flowers, please make a donation to your local pet shelter. Rod loved his pets dearly.