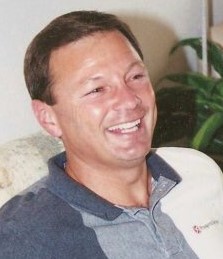 He was born on December 10, 1954, in Gastonia, North Carolina.  The son of the late Jack Loftin Hope and Bertha McDonald Hope, Tim grew up in Mount Holly, North Carolina.

Mr. Hope graduated from the University of North Carolina at Charlotte.  As an engineer, he lived and worked in many cities across the southern United States; his last position being Vice President of New Power Construction at Tennessee Valley Authority in Chattanooga, Tennessee.

Tim enjoyed golf, ballroom dancing and cruising the beach on his bike.  He had planned to retire soon with his wife of 42 years, Karen.

Tim is survived by his wife and two children, son John Eric Hope (Danielle), an attorney in Gainesville, Florida and daughter Rachel Hope Jones (Matthew), a homemaker and mother in Rolesville, North Carolina, three grandchildren, Sadie Kay-Madgett, Lucas Everette Jones, and Riley Elizabeth Jones.  They were the light of his life. He is also survived by a brother, Lanny Jack Hope (Diane), and a sister Kay Hope Turner (Al), both residing in Gastonia, North Carolina.  Tim was preceded in death by his parents and a brother Daniel Monroe Hope.

The family is planning a memorial service later this year. In lieu of flowers, please donate to your favorite charity.