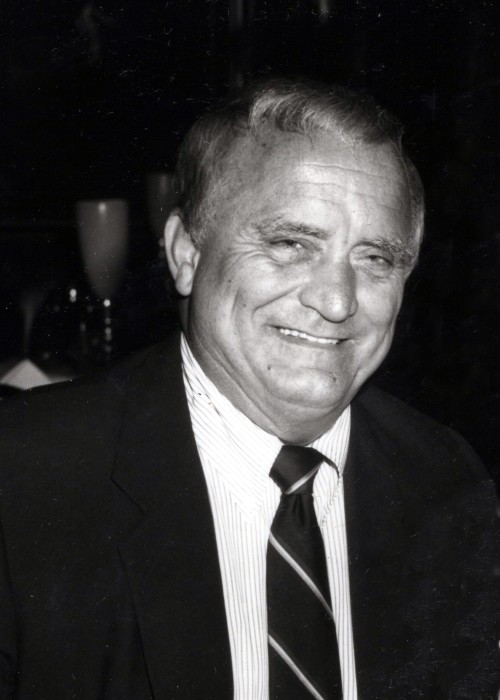 Robert Forrest Moore, 88, long-time Ponte Vedra resident passed away May 14, 2019.  He was born October 27, 1930 in Cleveland, Tennessee to Catherine and Forrest Moore.    He grew up in Michigan and served in the military during the Korean Conflict.

Bob was known for his “genius” in hospital financing which had its roots in the training he received as a financial forecaster for General Motors in Detroit where he worked for 11 years.  He took his first job in the hospital industry in 1965 as Director of Finance and Comptroller for a Catholic hospital in Flint, Michigan.  In 1972, he accepted a position in Jacksonville, Florida at St. Vincent Health System as Assistant Administrator of Finance.  Bob ultimately retired as the Executive Vice President & Chief Operating Officer after serving 20 years with the St. Vincent DePaul Community Stewardship Services, Inc.

Moore spearheaded the move to buy Riverside Hospital and was a key player in placing the St. Vincent “doc-in-the-box” practices around Jacksonville to make health care more accessible.  He is also credited with implementing a corporate plan to prepare St. Vincent for an era of rapid changes in health care such as shrinking hospital occupancy due to changes in Medicare reimbursement, a growing popularity of managed care companies and a demand for outpatient services to keep medical costs down.  Moore also created numerous companies such as medical laboratories, home health care services, mobile mammography and mobile heart monitoring.  After retirement Moore returned to the business world establishing his own consulting company, Moore & Associates, selling and leasing medical office space.

In his free time Moore was very devoted to the football team of his alma mater, University of Michigan and always tried to attend at least one Michigan game per year.

Graveside services with military honors will be held at 2:30 PM on Tuesday, May 21, 2019, at the Jacksonville National Cemetery.

In lieu of flowers, memorial contributions may be made to the Jacksonville Humane Society.