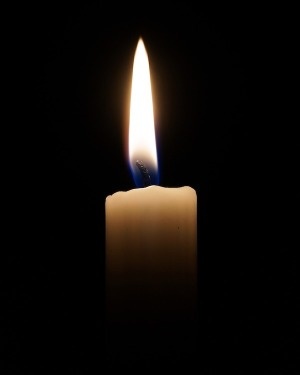 It is with deep sorrow that we announce the passing of Robert S. (Bob) Gorab on November 9, 2021. He is now reunited for eternity with his loving wife of 61 years, Helene, who predeceased him in 2019.

Bob lived a full and happy life, traveled the world, and raised two grateful sons. He came from humble beginnings and was the first of the immigrant Gorab family to attend college, earning a Bachelor’s in Accounting from Pace College and passing the CPA exam on his first attempt. He went on to become a very successful audit partner of what is now Deloitte and Touche. During the 1970’s, Bob did a four-year assignment in the Middle East and Europe, living in Beirut, Lebanon, Athens, Greece, and London, England. During this assignment as Partner in Charge of the firm’s Middle East Practice, Bob led the family on numerous ski trips to the Alps, beach vacations on the Mediterranean, and ultimately an around-the-world adventure to mark the family’s return to the United States in 1979. Prior to his retirement from Deloitte in 1993, he served as Partner in Charge of the firm’s Midwest Public Utility Practice.

To kick off his well-deserved retirement, He and Helene relocated to Ponte Vedra Beach, Florida, where they led an active and fulfilling life together. They were enthusiastic golfers, had numerous philanthropic interests, and were devoted members of Christ Episcopal Church. They maintained an active travel schedule, returning to Europe for weeks-long cooking classes, and made frequent trips to California and Connecticut to visit their sons, five grandchildren, and one great-grandchild.

Bob is survived by his brother Nicholas, of New Jersey, and his sons Robert (and spouse Lisa) of Newport Beach, California, and Eugene (and spouse Suzanne), of Southport, Connecticut.

The family is planning a private celebration of Bob’s life and legacy.

He will be very much missed.

Donations may be made in his name to the Christ Episcopal Church Scholarship Fund at 400 San Juan Drive, Ponte Vedra Beach, Florida 32082.