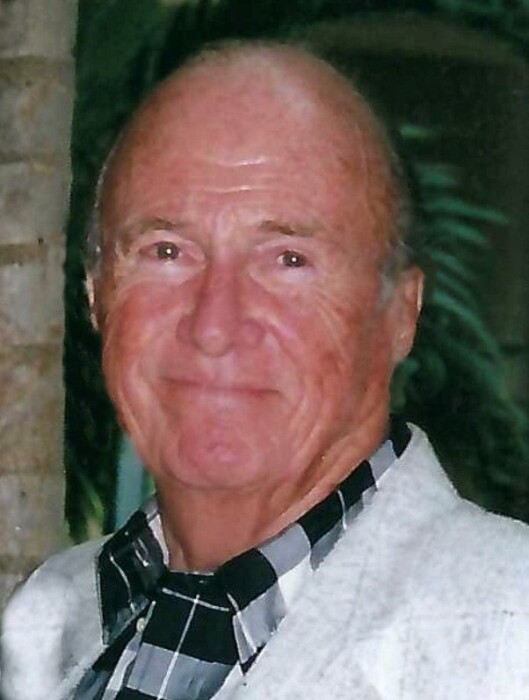 Robert was born on June 3, 1925 in Brooklyn, New York, to Robert and Regina (Stapleton) Caldwell.  He attended St Edmund Catholic School, Mount Saint Michael Academy, and Muhlenberg College. Mr Caldwell proudly served in the US Navy in the Pacific on the USS Edwards during World War II. After the war, he joined Robert W. Caldwell Inc, a leading fine furniture and interior design firm in New York City, established by his father in 1914. Mr. Caldwell’s success was a testament to his passion for furniture, his business acumen, and his scrupulous honesty. He and his wife Marion raised their family of five children in Manhasset NY, where he enjoyed playing golf and traveling. Robert retired in 1981 and relocated to Sea Island, Georgia, where he made many dear friends and became an important member of the community. He moved to Ponte Vedra Beach, Florida in 1996 to be closer to family and spend meaningful time with his grandchildren.

Robert was predeceased by his wife Marion of 67 years, his daughter Carol, and son Brian. He is survived by his loving sons Robert III (Deborah) and John (Jeanne) and daughter Diane Lopez (George), as well as grandchildren Robert IV, Alexandra, Sofia, Conor, Carolina, and Georgie.

Robert was a much-loved husband, father, grandfather and friend who touched many people’s lives. He will be remembered most for his optimistic spirit, his enduring kindness and his wonderful sense of humor. He will be greatly missed.

A Mass of Christian Burial will be celebrated by the immediate family at a future date. In lieu of flowers, please send donations to Our Lady Star of the Sea Catholic Church in Ponte Vedra Beach, Florida.