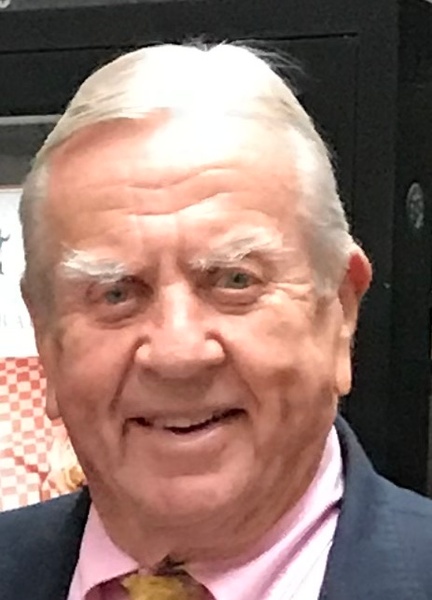 Richey Smith, age 88, died unexpectedly on February 1, 2022, from complications sustained in a fall in his home in Ponte Vedra Beach, Florida. Born and raised in Akron, Ohio, he was the only child of Martha Richey Smith and Thomas William Smith, Jr. and nephew of Helen Richey, a pioneering female pilot who was the first woman to fly for a commercial airline.

He grew up on Merriman Road, attended King School followed by Hotchkiss School in Lakeville, CT and Lawrenceville School in NJ. He graduated from the University of Virginia McIntire School of Commerce in 1956 where he was a loyal and enthusiastic Wahoo and a member of Chi Psi.

One of the highlights of his life was serving in the US Navy from 1956 to 1960. He attended OCS in Newport, RI and first served on the USS Salem, homeported in Villefranche-sur-Mer on the French Riviera. You can only imagine what a great adventure that was! He returned several times to his favorite restaurant, La Mère Germaine and brought his toys to the owner’s grandchildren. He concluded his service as a Lieutenant on the USS Saratoga, where he was Senior Watch Officer. He remained extremely patriotic during his whole life always flying the flag and serving as President of the local Navy League Council. It was while on leave from the Mayport Naval Station that he met Sandra Roe, his future wife of 60 years, at a house party in Ponte Vedra.

Richey had three business careers, all related to manufacturing. After marrying Sandra in 1961, the couple moved to New York City, where Richey began working in sales for Sun Rubber Company, a family business, located in Barberton, OH. Two years in NYC was the perfect way to begin their marriage. They thrived on everything NYC had to offer and spent weekends with friends on Long Island in the summers. In late 1963, the couple moved to Akron so Richey could help run the business and later succeeded his father as president. Sun made injection molded products for the auto industry as well as toys, including Disney products. Both of his children were on the popular Hoppity Hop Mickey Mouse and Donald Duck packages which were displayed in the large 5th Avenue window of FAO Schwartz. He was also a contestant on “What’s My Line.” (Rod Laver was the mystery guest!) After the company was sold, Richey worked in the Cleveland office of A.T. Kearney for 10 years. In 1987, he founded Richey Industries, located in Medina, OH, which manufactured Great American Woodies outdoor furniture and Competitor swimming equipment. The swimming lane lines were used in five Olympics during his lifetime and were featured in the centerfold of Sports Illustrated. Richey loved running his own business, whether working in the office, spending time in the factory, or being on the road selling his products.  After finally retiring at age 80, he took on giving Sandra technology support for her volunteer activities.

In addition to his professional work, Richey was a founding member of the Friends of Metro Parks in Summit County and the Corporate Council of the Cleveland Museum of Art. He served on the Akron boards of Planned Parenthood, Barberton Citizens Hospital, and on the foundation boards of St. Paul’s Episcopal Church and Old Trail School. One of his most rewarding roles was being a member of the Hotchkiss School Board of Governors.

He belonged to a wide variety of clubs and organizations, bringing him much enjoyment and pleasure. He was a permanent fixture at Portage Country Club from the age of three until his death. Richey and his father won the Club’s first Father-Son golf tournament when he was fourteen. He later served on the Board and various committees.

Richey lived a full and active life. From childhood, he had a passion for the outdoors and being on the water: working in the yard; skiing in Colorado with friends, children and grandchildren; trout fishing at Rockwell Springs Trout Club and at the Kau Tapen Lodge in Tierra del Fuego, and bone fishing in Mexico. Some of his most treasured times were the weeks he spent at the St. Paul Salmon Fishing Club in Quebec where he entertained his buddies with stories, jokes and poems. In his 80s, he began going to the gym and worked out weekly with his beloved trainer, Antonio.

Richey was a generous and outgoing person.  He would talk to anyone no matter their station in life. He was known for his bushy eyebrows, dimples, warm smile, and the twinkle in his eyes. He had a great sense of humor and loved teasing his family members and friends. Richey was a talented handyman, a problem solver, and he could fix just about anything. Forever the true gentleman, with a penchant for good manners and good grammar, he often corrected his children, grandchildren, and wife, with the proper use of “me and I.” He always held the door, stood up at the table, carried bags for others, and in his later years chauffeured Sandra and her friends.

Most of all, he was fun and had a true zest for life. He was often seen wearing his pink pants and zipping around Akron in his red Alpha Romeo convertible. Never one to miss a party, he loved to dress up, drink wine, and dance. He had a sport coat and tie for every occasion and would dance the night away to Lester Lanin and listen to Cole Porter and George Feyer at loud volumes on his CD player late into the night.

Richey was a supportive husband and father and an adoring grandfather always providing counsel and advice. He loved cheering on his grandchildren from the sides of a playing field or hockey rink. He will be greatly missed by his wife, Sandra; children, Mason and Parker and their spouses, Gordon and Robin; four grandchildren, Logan, Phoebe, Brynlee, and Dawson; sister-in-law, Linda Roe Alexander; and niece and nephew, Kirby and Ted Alexander (Bebe).

Graveside services in Jacksonville, FL, will take place Monday, April 18 at 11 AM at Evergreen Cemetery. A memorial service will be held in Akron, OH, in early June at St. Paul’s Episcopal Church.