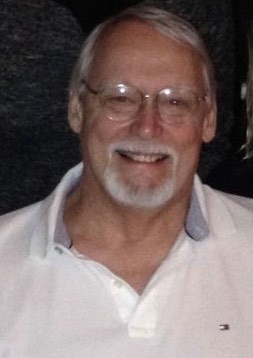 His celebration of life will be held July 24 at 7pm at BAG Beach Park, 429 First Street South, Jacksonville Beach.  Please bring a beach chair and share your favorite memory.

From an early age Richard combined great intelligence with real athleticism.  Many a Little League hitter came to fear seeing him on the pitcher’s mound, as did numerous high-school and college players to follow.  One of his fonder memories of sport was skim boarding from, it must have seemed, one end of the beach to the other with a friend one afternoon of the endless summers of high school.

He was a graduate of San Pablo Elementary School, Fletcher High School, Class of 1966. He attended Stetson College, where he played baseball, and got his master’s degree in economics from Florida State. He was a proud Seminole.

For more than 30 years he was a college professor of economics, beloved and respected by his students.  Most of his teaching was done at the Kent campus of Florida State College at Jacksonville though he also taught at Jacksonville University.  For a number of years he combined this with a landscaping business which offered him the physical challenges and outdoor life he so loved.

After office hours Dick was often the crucial member of many get-togethers.  He played city league basketball for a number of years, softball for the Homestead team, and under the nom de trivia of Skippy Junior, was a critical part of the Bees Knees’ meteoric run at American Legion Post 316, “The V,” and Post 129.

He is survived by his four children, Michelle Dupree, Jessica Medina, Weston Probst, and Christopher (Matt) Probst, his brother Michael (Mike) Probst, his four grandchildren, ex-wife and friend Camille Probst, and his much-loved circle of friends.

In lieu of flowers, donations in his memory may be made to Community Hospice of Northeast Florida or The American Cancer Society.