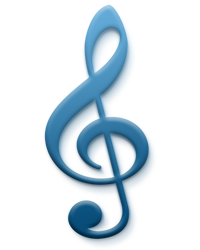 The youngest of three brothers, Mr. McGinley was born to Helen Hayes and Edward F. McGinley, Jr. in Westfield, NJ. He was an outstanding high school football player at Westfield High School. He was a three-year starter (1947-49) at halfback in the single wing formation, scoring 46 touchdowns in his career, and was an All-State selection after his senior season. In 2006 he was inducted into the Westfield Hall of Fame by the Westfield Historical Society. He was also an outstanding track athlete (sprinter) and was President of the Glee Club.

Mr. McGinley continued his football career at the University of Pennsylvania and also played for Bowling Air Force Base after enlisting in the U.S. Air Force. After graduating from Penn in 1958 Mr. McGinley began his career at Bethlehem Steel Corporation in their management training program where he worked for his entire career – 35 years. He was eventually transferred to St. Louis, MO where, as a corporate sales executive he managed the Midwest Region for the company. He and his wife Virginia raised four children in St. Louis, and they returned to the East Coast in retirement, living in Cape Elizabeth, ME after his retirement from Bethlehem Steel.

Mr. McGinley had a lifelong love of all sports. He frequently attended sporting events in his corporate sales capacity and was as comfortable in a grandstand seat hosting a warehouse manager as he was in a corporate luxury box hosting a group of executives. In retirement he loved to enjoy a glass of wine and watch almost any sport on television with family and friends. He also appreciated music and enjoyed recalling trips to New York with his brothers and friends to see performances by the likes of Glenn Miller and Frank Sinatra. He was affectionately nicknamed “Pumpkin” early in retirement by his first grandchild and thoroughly enjoyed his nickname for the rest of his retirement years.

Mr. McGinley is survived by his children, Richard D. McGinley, Jr. of Portland, ME, Mary McGinley of St. Louis, MO and Michael McGinley of Ardmore, PA (Michael’s twin brother Peter passed away in 2008); 7 grandchildren and two great grandchildren. The family would also like to extend thanks to Community Hospice & Palliative Care for their dedication, compassion and care.

Services will be private.