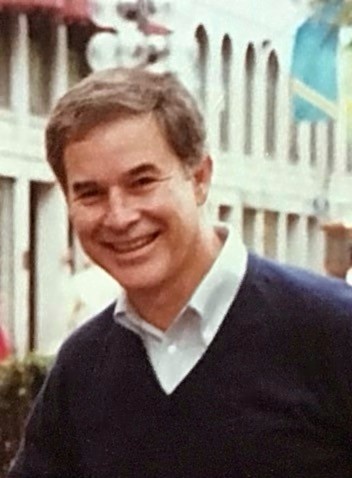 Richard (Dick) Cook, of Ponte Vedra Beach, passed away peacefully on November 21, 2021 after a short illness. Dick was born in West Palm Beach to Stella and Dwight Cook on April 6, 1937. His family moved to Lake Worth, where he spent a carefree childhood enjoying life at the beach with his sister and cousins. The foundations of Dick’s Christian faith were rooted in the church that Dick’s grandparents founded in West Palm Beach. He attended Lake Worth High School, where he excelled at baseball and football, igniting a lifelong love of sports, in particular the Florida Gators. Dick attended Georgia Military College and the University of Florida. He left college to enroll in the Marine Corps Reserves, where he was stationed at Parris Island and Camp Lejeune. He completed his degree at Georgia State University in Atlanta.

Dick had a successful career as a financial advisor, getting his start as a trader on the floor of the New York Stock Exchange and ultimately retiring from Wells Fargo Advisors in 2017. In 1982, he met his wife, Diane, while both were working at EF Hutton in Atlanta. They made many wonderful memories together during their years in Atlanta before relocating back to his beloved Florida and settling in Ponte Vedra Beach. Dick was happiest when spending time with family, both at home and in New Hampshire; he enjoyed sailing, fishing and golfing. Dick was the consummate Southern Gentlemen who was a devoted husband and loved his family deeply. His faith was evident in how he lived his life full of kindness to others.

Dick was a parishioner at Our Lady Star of the Sea Catholic Church, where the church community became an integral part of his life. The family is deeply grateful for the love and support he received during his final days. We would also like to extend our thanks to the doctors and nurses of Mayo Clinic for their outstanding care.

Dick is survived by his loving wife, Diane; his cousins, Tom and Linda Worley, Donald and Judy Worley; and many nieces and nephews. He is predeceased by his parents and his sister, Ginger Zeikus.

Recitation of the Rosary