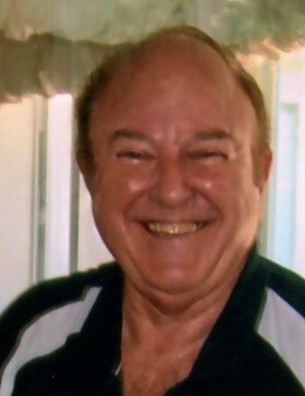 Richard “Dick” Carlow, 82, passed away February 12, 2022.  He was born February 8, 1940, in Adams, MA. He grew up in Adams, MA. and obtained his bachelor’s degree from Boston College, where he completed the ROTC program.

Dick proudly served our country as a lieutenant in the United States Army Military Police force. After completing his tour in Germany, he served in the Army Reserve.  After his Army career, Dick started working as an accountant for Sprague Electric.  During this time, he earned his MBA in Finance from the University of Massachusetts.

Dick was hired as the Credit Manager for the Eastern Division of the United States for Unijax, later becoming the Vice President of Credit and Collections for Unisource.  He really enjoyed coaching little league youth baseball at Arlington Little League and basketball at the YMCA for many years.

He retired after 32 years and relocated from Ponte Vedra to Fleming Island, Florida. More than anything, Dick enjoyed spending quality time with his family and recently was able to spend precious time with his new great granddaughter.

A Memorial Service will be held at 11:00a.m., Saturday, February 26, 2022, in the chapel of Quinn Shalz Funeral Home, 3600 Third Street South, Jacksonville Beach, FL 32250. In lieu of flowers, the family requests donations be made to the Jacksonville Humane Society.