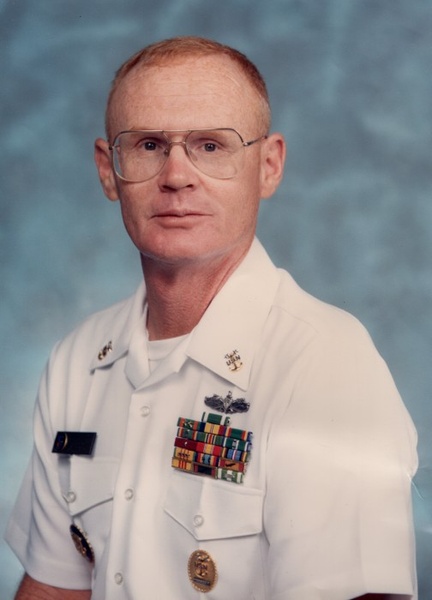 Retired BMCM Richard Lawrence Bate, 77, of Jacksonville Beach, Florida passed away, Sunday May 26, 2019.  Richard was born in Muskegon, Michigan to William and Doris Bate.  He was preceded in death by Kathleen, his wife of 45 years.

Richard served more than 30 years in the United States Navy. His career included a tour aboard the presidential yacht “Honey Fitz” during John F. Kennedy’s administration and the Navy Ceremonial Guard in Washington D.C.  In 1976 he found his family a permanent home at Mayport, FL and would go on to serve aboard the USS Yosemite, USS Forestall, USS Sampson, Fleet Training Center and lastly at SIMA.

After retiring from the Navy, he continued his service to the military and its members with the Department of Labor as an advocate for Veteran’s reemployment rights and then with the City of Jacksonville helping homeless Veterans reintegrate.

He is survived by his son Thomas Johnson (Mary) and his daughter Erin Liby (Jonathan), six grandsons, two great-granddaughters and two great-grandsons. Richard was a steadfast American, a devout family man and a friend to all that sought his advice.  Richard was happiest when with his family and when bantering with his many, many friends.  We will all remember him with pride and honor.

A celebration of his life will be held at 9:00 a.m., Friday, June 7, 2019 in the Chapel of Quinn-Shalz Funeral Home, Jacksonville Beach, followed by burial at Jacksonville National Cemetery.

Donations, in lieu of flowers, will be gratefully received by either TheClaraWhiteMission.org (904-354-4162) or vva.org/donate.