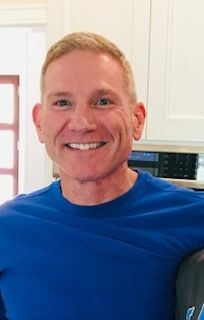 The world grew a little brighter on August 25, 1964. Richard Bryan Bartfield was born in the Catskill mountains in Liberty, NY. His family moved to North Miami Beach, FL several years later where he graduated from N. Miami Beach High School. Richard matriculated at the University of Florida where he served as the president of the Preprofessional Service Organization, the largest student-run club on campus. There, he met the love of his life, Alison. Richard went on to obtain a doctorate in Clinical Pharmacology and Pharmacokinetics.  After he completed a post-doctoral fellowship in herbal therapies and drug information, Richard and Alison embarked on an adventure traveling across the country with their young family - from Florida to Northern California via Vermont and Niagara Falls, NY. Richard spent time as a consultant for private industry in Roseville, California and Annapolis, Maryland until he returned to Florida and subsequently joined Baptist Health in Jacksonville, where he worked in the department of clinical informatics, ultimately serving as the Interim Chief Information Officer.

His spirit will live on in all who knew him and most especially in the project of his lifetime - raising three beautiful children who have much to offer the world.

Richard is survived by his loving wife of 28 years, Alison; daughters, Sydney and Jordan; and son Noah.  He was predeceased by his father Herman, mother Shirley and brother Andrew.

In lieu of flowers and should friends desire, memorial contributions may be made to the newly established Bartfield Family Fund in support of KIPP Bold City High School using the link below.