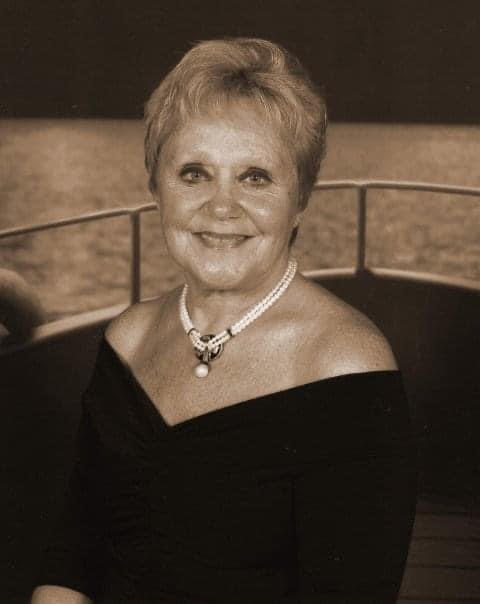 It was a great life for this crazy lady. She would want to thank all of you for the joy, fun times and deep caring you gave her and Charlie.  It happened on a cold January day in 1944.  Earl & Ann (Fegter) Kleen welcomed the first of 4 children into their loving arms. The orneriest, most headstrong and free spirited one of them all, Rayoma Joleen Kleen lived her early years as the powerful big sister .  Her Ruskin friends will all remember that she was a social butterfly, an athlete, talented singer, actress and good at riding the edges of Earl Kleen’s rules. Dreamer, artistic, stubborn, adventurous, loyal, dependable, loud, honest, joker, sincere, independent, caring, loving, leader, silly, creative, compassionate, the queen !  This was Ray for 76 beautiful trips around the sun!

Rayoma graduated from Ruskin High in 1962, attended Kearney State College (UNK) for two years before she married Rod Henning of Fairbury, NE.  They settled first in Denver where Jason was born in 1964, later moving to North Platte, NE when Rod went to work for Hallmark Cards and Nelsie was born in 1966.  They went on to run a successful small Hallmark card and gift business together in Beatrice, NE.  Rayoma also worked for Beatrice Glass, Farm Automation and was active in community theatre, bridge club, chamber of commerce, youth church choir instructor, and other community projects.  She sang in many weddings and funerals and went on to own and operate The Flower Shop for many years where she was able to bless so many special occasions with her talents.  She met Charlie Keating of Marysville, KS in 1985 and they married in 1990 in Australia while she studied a semester of art at the University of Queensland.  Rayoma went back to school and finished her degree in art education at UNL in 1992.  She then served as a substitute teacher until they retired to Jacksonville Beach in 1999.  The last 20 years at the beach were the best!  Charlie & Ray loved being the B&B for so many friends and relatives and a few strangers too.

Jason & Nelsie are grateful for their mom’s unconditional love, and the pride and support she always showed her grandchildren, all 11 of them.  She was a loving grandmother and was thrilled to host them and their friends for beach vacations, she loved their beach neighbors, their many friends; most noted are Beaches Cancer Support Group and the North Floridian Husker Club.

Charlie--- these two were inseparable and a true Lucy & Ricky couple (maybe more Lucy & Ethel).  She was his rock, his manager, his inspiration and yes, Charlie’s enabler; often in good and generous ways and she was grace-filled with his hap hazard ways too.  She enabled him to be a better man, father, and brother and pappa.  They truly have a bond that won’t be broken.  Rest in the peaceful arms of the Lord, you were the love of his life.

Thank you from her family for being part of her ride through life.  We would love for you to leave a note, reminisce and share your stories by visiting the "Tribute Wall" found at the top of this page.

A Jacksonville Beach and Nebraska memorial service will be planned for a later date.  You can message the family through her children on Facebook Jason Henning or Nelsie Henning-Sweeney or NelsieS@gmail.com .

Memorial donations can be made in Rayoma’s name to the Jacob Kleen Foundation c/o LaVeryl Kleen 350 Main Street, Ruskin, NE 68974 or Venmo @Kleen-Family Jake is Rayoma’s nephew that we lost way too early and his memorial benefits area high schoolers in the Ruskin, NE community.