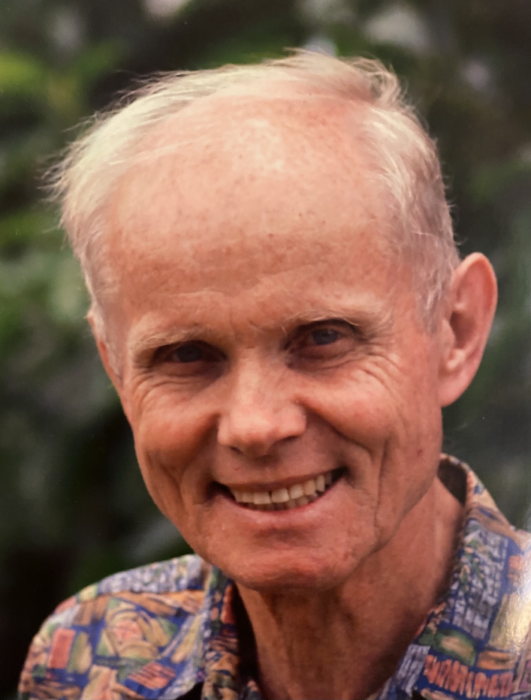 Raymond Swenson, 83, passed away peacefully surrounded by family on June 9, 2021, in Jacksonville, Florida.  A visitation will be held at Quinn Shalz Family Funeral Home in Jacksonville Beach on Saturday, June 26, 2021, 10:30 to 11:30 am, followed by a brief service to honor Ray’s life.

Ray was born October 28, 1937, in Worcester, Massachusetts where he was raised by his parents George and Eva Swenson in a Swedish-American community.

Eager to see the world, Ray joined the US Navy when he was 20 years old and served tours of duty in locations around the world including Guam, Saipan, Japan and Vietnam.  While in Japan in 1967, he met and married his wife Yoko.  He was stationed with his family in Scotland, Hawaiʻi and Florida, where he retired as a Navy Chief after 30 years of military service.

Always up for a new adventure, Ray immersed himself in the cultures and lifestyles of the countries he lived and visited.  He loved trying exotic foods, learning about religions, meeting people, and exploring new places.  Ray also was an avid runner and ran in dozens of marathons including the Honolulu Marathon, Haleakala Run to the Sun and The River Run.  When he could no longer run, he would still walk miles daily around his Atlantic Beach neighborhood smiling, waving and chatting with everyone he passed by.  During his long walks, he also enjoyed bringing the morning newspaper to the neighbors’ front doors so that they didn’t have to walk to the end of the driveway.  Known for marching to the beat of his own drum, Ray was dedicated to living a lifestyle to nurture the mind, body and spirit.  He will be remembered for his zest for life, strong will and his desire to help others by sharing his life lessons and experiences.

In lieu of flowers, donations may be made to Hope For Stomach Cancer, stocan.org.