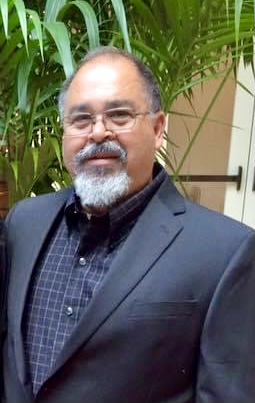 Philip George Bleakley, 65, was called to his heavenly home on July 22, 2021. Phil was born in Ossining, NY on August 4, 1955 to the late Harold and Connie Bleakley.  He grew up fulfilling the duties of what any good brother would do–be a royal pain in the butt to his sisters, Marlene “Marzi” Salaun (deceased) and Roxanne Bleakley-Willoughby.

While attending Lakeland High School at Shrub Oak he worked at the A&P grocery store and it was there that he met his future wife of 47 years, Aquilda.  Shortly thereafter, he made a big purchase with a no return policy--they got married.  Surely having one boss wasn’t enough, so he decided to join the Air Force.  He and Quil moved to Minot, ND where he was stationed for 4 years, then got out and became a police officer.  They moved around a couple of more times.  At Peekskill, NY he worked as a maintenance engineer at a nuclear power plant. Years later they migrated down to Palm Coast, FL where he worked for 15+ years at a local hospital as a boiler operator mechanic.  Eventually he started his own handy man business until he retired.

Philip was an easy going kinda guy who enjoyed such things like Dunkin Donuts runs with beloved girlfriend, Danica (dog);  spending time with family and friends, Carvel ice cream, Daytona 500, Bike week, cruising, coaching his sons in youth baseball, car shows, rock and roll, listening to live bands, golfing, watching Sunday football with his fam (his Buffalo Bills), playing scratch off lotto, watching and supporting his grandson, Ethan play baseball, working in the garage with his boys, taking care of his girly girls, riding motorcycles with his friends, and an avid hoarder of many things.  Phil perfected the art of sleeping through anything, anywhere…it takes great skill to be engaged in mid-sentence, then all of the sudden without warning start snoring like a freight train, and subsequently awake from deep slumber—without skipping a beat, resume to complete his sentence that occurred 30 minutes ago.  One would not have to fret about having to recollect any of his infamous stories as he had the tendency of retelling his stories over and over again. Phil was selfless, dependable, funny, hard worker, nonjudgmental—always gave everyone a fair shake—easy to forgive, loving, and was all about his family and friends.

Right before his untimely passing, Philip fulfilled his life-long dream of moving with his wife to North Carolina to finally enjoy retirement.  He ended up passing away just a few days after the move.