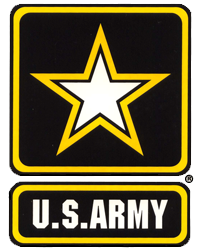 He was predeceased by brothers Carl, William, and Steve, and by grandson Kevin.

Born in Boston, Massachusetts on January 1, 1939, he was the son of the late William Edmonds and Beatrice (Bombardier) Edmonds.  He was a 1960 graduate of Boston College, and a 1964 graduate of Georgetown University Dental School.   He served for 32 years active and reserve duty in the U.S. Army as an oral surgeon and retired as a Colonel.  He served  as chief of the Dental Department of Veteran Affairs in Charleston, SC, and as an Associate Professor of the College of Dental Medicine at the Medical University of South Carolina in Charleston, SC.

Peter and Kathleen Edmonds were active parishioners throughout their life together and made several trips to General Cepeda, Coahuilo, Mexico as Theresian missionaries.

In lieu of flowers, contributions may be sent to the Alzheimer’s Association. Donate to Fight Alzheimer's Disease