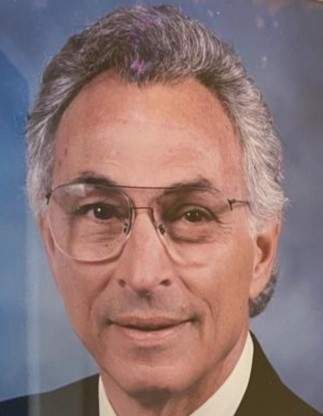 He graduated from LaSalle Military Academy as a 2nd Lieutenant and joined the Army as the youngest commissioned officer ever in World War II.  He served in the European Campaign and was wounded in the Huertgen Forest and received the Purple Heart and Bronze Star for heroic and meritorious service.

He returned home and attended Lehigh University graduating in three years with an engineering degree, also lettering in track and football.

After graduating he began his long and successful career with Prudential Insurance Company culminating as President of District Agencies and Executive Senior Vice President.  He managed offices all over the world and opened Prudential’s first offices in Italy and Japan.

On February 23,1952 he married Dona Jane Mohr (deceased 2007), his wonderful wife and mother of their 3 children, Jette Wood (Mark), Mark Porraro and Tina Spina (Mark).  During his career at Prudential they moved many times and twice to Jacksonville finally retiring and moving to The Plantation at Ponte Vedra in 1987.   Bill became one of the first Presidents of The Plantation for 1993 -1994, and was instrumental in the conversion of the club to equity ownership.  He was an avid tennis player and golfer with 3 holes in one!  He never met a stranger and with his great sense of humor was an admired friend of all.

He was an accomplished pianist and could never pass a piano without tickling the ivories.  He made sure that he exposed the grandchildren, playing chop sticks was a requirement, ultimately making a CD of his favorite songs. He was a strong supporter of the UNF Music Department, especially the Jazz Program where he regularly attended many concerts.

He was a treasure of a man and anyone who met him walked away feeling better about themselves.  A true gentlemen and one of the last of the “Greatest Generation”.

He will be missed by all.

A celebration of his life will be held in his honor at a later date.  In lieu of flowers, donations made by made in his name to the UNF Jazz Music Scholarship Fund, Attn: UNF Foundation, Alumni Hall, 1 UNF Drive, Jacksonville, FL 32224 or at https://give.unf.edu/COAS, K9s for Warriors.org or a charity of your choice.