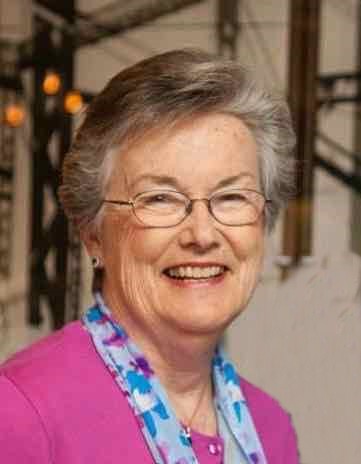 Paula Demarest Egan passed away on July 20, 2021. She was born January 19, 1945 in Teaneck, NJ and grew up in Dumont, NJ with six brothers and sisters. Jacksonville has been her home since 1997.

Paula is survived by her husband of 47 years, Dennis Egan; son Patrick and daughter, Siobhan. She is predeceased by her parents, Victor B and Agnes P Demarest as well brother Malcolm and sisters Agnes Joh and Kathleen Kelly.  She enjoyed being part of a very large extended family and cherished that more than 100 people could call her Aunt Paula, many with Great- and Great-Great- prefixes.

Paula received her B.S. degree from Farleigh Dickinson University in 1966 and was commissioned an Ensign in the U.S. Navy in the same year. She served in communications and recruiting assignments in Washington, DC, Japan, and Boston. She met her husband, also a Navy officer, when they served together in Washington. DC.  They were married in 1973. Paula left the Navy in 1974 and devoted herself to raising their two children, being an avid reader and volunteer at church and in the children’s schools.

Donations in lieu of flowers can be made to the USO of Greater Jacksonville (jax.uso.org).