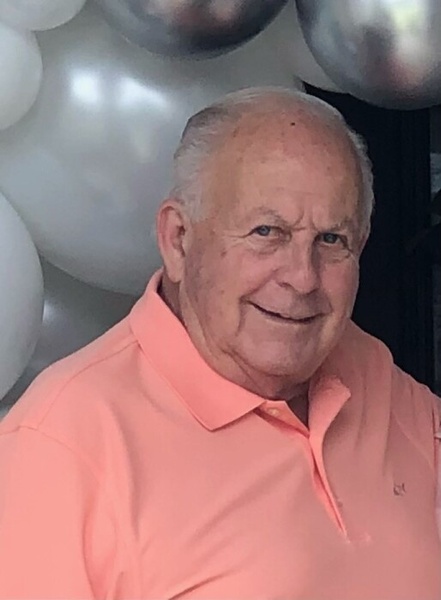 Paul Keblish, 80, fell asleep in the Lord peacefully on February 20, 2022, after a long battle with pancreatic cancer. Paul is survived by his loving wife of 57 years, Vera; his children Joseph, Christine, and Greg; and his grand pups, Mookie, Chloe, and Indy.

Paul was born in Whitestone, NY on July 2, 1941, to Stephen and Matilda (Tatianna) Keblish. He had an elder brother, Donald (all deceased). Paul’s favorite story has always been how he met the love of his life. Standing on one side of the dance floor and the people parting like the Red Sea to see his future bride Vera under a light from afar. It was love at first sight.

Paul’s career as an Account Executive took, he and Vera to live in many states across our country. After 23 years with Levi Strauss, Paul chose retirement and He and Vera did what most intelligent retirees do... moved to Florida. His second career (arguably his favorite) was a course advisor for The Players Championship at Sawgrass. This gave him access to play his favorite sport, golf.  When not on the course, Paul and Vera were avid travelers making many trips around the world.

Paul attended St Justin Martyr Orthodox Church. He was devoted to his Faith and was a founder in many parishes across the country. His devotion will be seen through the seeds he planted for generations to come.

Funeral Arrangements are as follows...