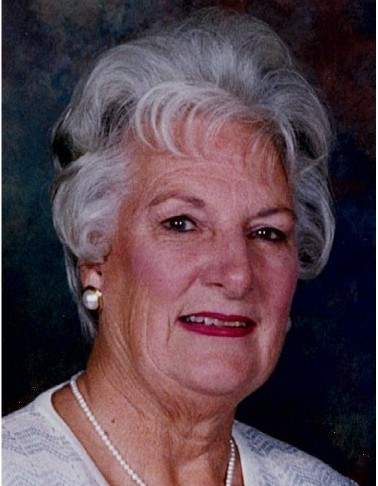 She was born in Pittsburgh, PA on December 13, 1927 to the late John and Margaret (Knittle) Powell, Sr.   She was preceded in death by her husband of 20 years, Wayne E. Windedahl, as well as her former husband, Herbert C. Williamson, Jr., her brother, John “Jack” Powell, Jr. and half-brother, Morrison King.

Patricia attended the University of Pittsburgh while studying Psychology.  For many years she was a travel agent with United Airlines, AAA Travel, and then a Corporate Travel Agent and Department Manager with Stanley Consultants, an international Engineering and Consulting firm, in Muscatine, Iowa.

In their retirement years, Pat and her husband Wayne relocated to Ponte Vedra Beach and resided in their adopted home for many years.  Together, they enjoyed socializing and playing bridge as long-standing members of both Sawgrass Country Club and The Ponte Vedra Inn & Club.  Patricia was an avid reader and had a love for traveling.  She was fortunate to have reached many parts of the world including Russia, China, many European countries and Caribbean destinations.

Visitation will be from 10 to 11 A.M., Friday, December 21, in the Chapel of Quinn-Shalz Family Funeral Home, 3600 Third Street South, Jacksonville Beach, Florida, 32250, with a Celebration of Life Service immediately following at 11:00 A.M.  A family memorial service will be held on the beach at a later date in keeping with her wishes.