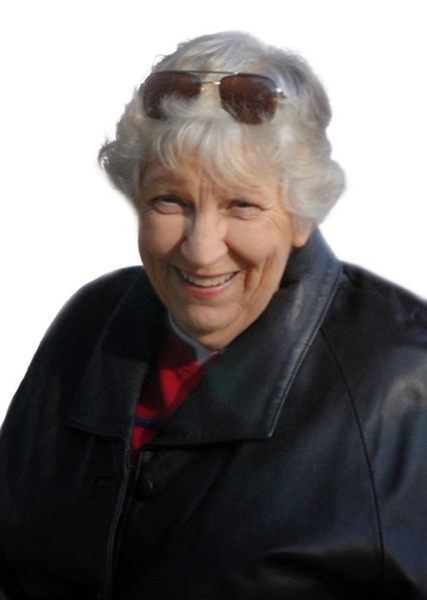 A registered dietician and home economics teacher with a Master’s Degree in counseling, “Mrs. B” taught at Central Bucks High School West for thirty years.   She is fondly remembered as a favorite teacher by many of the students whose lives she helped to shape in her classrooms.

Pat Buckley taught her daughters that “girls can do anything” and quietly performed endless acts of service.  She raised her family on a farm and continued to bale hay, grow vegetables, care for horses, and work full time even after the death of her husband when she was just 48.

A storyteller in her retirement, she often spoke of the many places she had lived or visited and the many forms of transportation used to get wherever she went.  Life was a journey and she was well travelled.

After moving to Ponte Vedra in 1998 to help with her grandchildren, she introduced herself to everyone as “Grammie Pat”.  Deeply devoted to her family and to her church, she cooked nightly for three generations at the dinner table for years.  She also created the original musical electronic database and the original filing system still in use today at Christ Episcopal Church and as part of their costuming team made many a costume for shows from The Music Man to The Wizard of Oz.

Her passion for and commitment to education was instilled in her children, and grandchildren.  When her granddaughter Dani developed autism, she became a fierce advocate and warrior grandmother, teaching Dani to type, cook, sew, and play Rummy.  She was a determined and loving teacher to all whose lives she touched.

In lieu of flowers, donations to her daughter’s autism non-profit, HealthyUNow Foundation will be gratefully accepted. www.healthyunow.org.