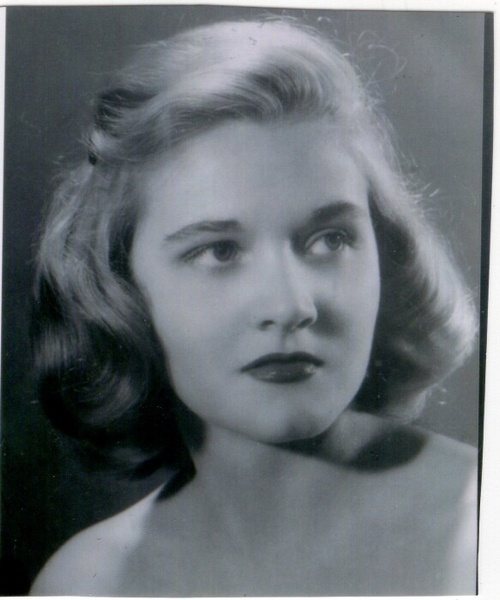 Patricia Bright of Ponte Vedra Beach Florida passed away April 1st, 2022, at the age of 97. She was born and raised in Pittsburgh, Pennsylvania, and attended the University of Pittsburgh. She was married in 1952 to Richard Bright of Fredonia, PA. Right after marriage, Pat and Richard began moving (14 times) because of her husband’s careers, first in the Air Force and then in the computer world.

Pat had an irreverent sense of humor which she utilized in her writings and loved to make people laugh. She was a voracious reader, and her friends commented that she had always had her nose in a book. Before marriage, Patricia’s careers included modeling, various appearances in television commercials, and a movie filmed in Pittsburgh. Pat was also a weekend radio disc jockey featuring jazz. She met Richard when working as a patent law secretary. After marriage, her husband Richard was sent to the San Francisco area to fly in an F94 Fighter Squadron, and Pat worked for a patent lawyer in the city.  “No kids as yet, a black MG, two salaries and lots of fun.” Pat referred to that time as “halcyon” days.

When the military commitment ended, Dick joined a Bay Area computer company. As his career matured, they lived in San Antonio, Texas and Jacksonville, Florida. When transferring to international, Pat, Dick and their three children moved to Johannesburg South Africa and then Beirut Lebanon. When the first Six Day War started in 1967, they returned to headquarters in N.Y.C., and lived in Connecticut. They moved to Sydney Australia for seven years and then to Hong Kong for two years, where Dick was Singer Business Machines Vice President of the Asia-Pacific region. Pat loved to travel, often by cruise ship, and her favorite countries (besides the U.S.) were Australia and New Zealand.

After returning to the U.S. and living in the Boston area, Pat re-entered the workforce in 1981 with Digital Equipment Corp. and retired as Executive Director of the Unigraphics CAD/CAM Software Users group. After they both retired, they moved to Ponte Vedra Beach, Florida, and Pat began writing booklets of their “Bright Adventures” and composing little poems. Most of her stories and verses have a humorous bent, and have been published in the Wall Street Journal, poetry magazines, the New York Times, and the local papers. Patricia also enjoyed drawing pastel portraits, shown in various art shows. Having grown up around the world, none of the Bright children knew exactly where “home” was.

Pat is survived by her sons: Randy (Cindy) Bright of Layton, Utah and Bradley (Marna) Bright of Laguna Beach, CA; grandchildren: Fiona, Elias, Emma, Garrett, Kaleigh and Ryder; and great granddaughter, Ella. She was predeceased by her loving husband, Richard and daughter, Tracy of Los Angeles.

Patricia will be cremated at Quinn-Shalz funeral home and a Celebration of Life will be held in Ponte Vedra Beach in the Fall.

In lieu of flowers, please send a contribution to your favorite charity in her honor.