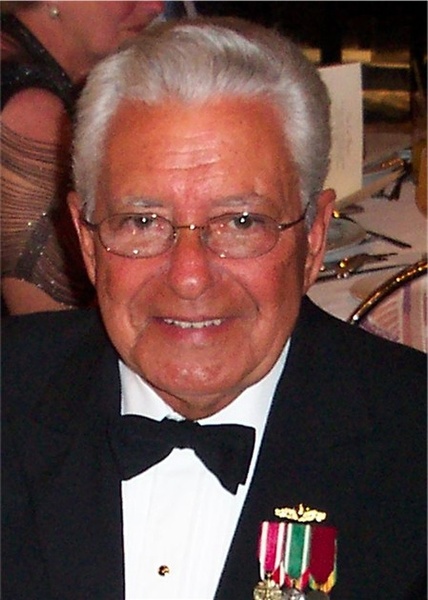 Nick attended the old Hollis school on Tuscorora Hill and the Spalding Institute, and was a member of the St. Joseph Catholic church, until he joined the U.S. Navy in 1948.  He attained the rank of Commander and served his country for 30 years.  Upon retirement from the Navy, Nick continued to work at Mayport N.A.S. as the Security Director and was a private investigator.  He enjoyed playing poker and a good glass of merlot.  While his career was a huge part of his life, his greatest love was his family.  Nick was funny, caring, giving, and made a big impact on all whose lives he touched.  He will be dearly missed.

Nick is survived by his grandchildren, Jerry A. Ferranti (Tanya), Angela C. Frost (Jef), and James Chandler; great grandchildren, Kylie Shall (Alex), Madison Amonette (Gary), Brooke Ferranti, and Mason Frost;  great-great granddaughter, Sawyer Shall, along with several nieces, nephews, and others that considered him family.  He was predeceased by his beloved wife, Ruby, his daughter Linda Terry, as well as his parents and siblings.

Nick requested a small celebration of life with family and close friends.  In lieu of flowers, donations may be made to Community Hospice and Palliative Care of Northeast Florida.