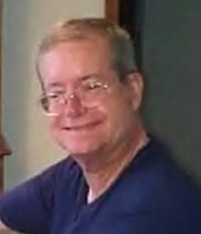 Michael graduated from the College of William & Mary with a Bachelor's in Business and a Master's in Business Administration from Old Dominion University. He was an analyst and regional auditor for 7-Eleven Inc for over 25 years. After moving to Jacksonville, Mike was a sales associate in the produce section for Walmart for 8 years, where he was noted for his diligence. Mike's passion in life was music. From an early age he played clarinet in school and in Richmond, Virginia, where he was also a member of the Richmond Concert Band. He sang in church choirs and college choruses and played handbells at Community Presbyterian Church and Cypress Village. He especially enjoyed puns, wordplay and Mad Magazine's Alfred E. Neuman "What, me worry?" character. He treasured Metropolitan Opera productions, was a devoted disciple of Gilbert & Sullivan, and deeply loved Johann Sebastian Bach's compositions. He possessed an encyclopedic knowledge of all things opera and classical music.

A Memorial Service will be held at 10 AM on Saturday, February 26, at Community Presbyterian Church, Atlantic Beach, FL. A gathering will be held at Culhane’s Irish Pub following the service. In lieu of flowers, donations may be made to The Bach Choir of Bethlehem or The College of William & Mary Alumni Band Organization.