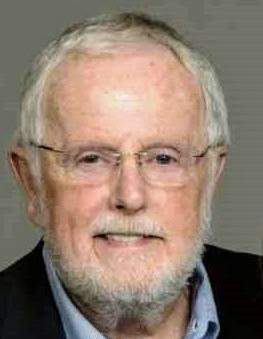 Michael was born on March 11, 1941, to Joseph and Marie Shomers (Whistler) in East Aurora, NY. After graduating from Parkersburgh High School in Parkersburgh, WV, Michael served in the US Army in Stuttgart, Germany, as a member of the Military police.

Michael was a business entrepreneur and a self-made man. After completing his military service, Michael lived in the Washington DC/Baltimore, MD area until moving to Jacksonville, FL in 1993.

Michael started his career at Ford Motor Company as an auditor. After leaving Ford Motor Co., Michael remained in the automobile industry as an independent entrepreneur. He and his business partner and close friend, Jim Ott, co-owned several businesses including a Firestone Tire franchise, an automobile service company, and a rental car business. Michael was a dedicated member of the Rotary Club of Laurel, MD, representing the automobile industry. Michael was also a part time licensed private investigator.

After moving to Jacksonville, Michael continued to use his skills for auditing and operational management in positions at Car Max, MasterCard, and Texaco. Before retirement in 2010, Michael started Beaches Inspection Services, working as an independent inspector for banks and mortgage companies. After retirement, Michael served as President of the homeowners board at the condominium where he resided, Beach Terraces in Jacksonville Beach.

While living in Maryland, Michael was an avid boater who enjoyed boating on the Chesapeake Bay. After retirement he and his wife, Susan, enjoyed travel, biking, hiking in the NC mountains, and the performing arts, especially music and theater.

Michael served as a Deacon at Palms Presbyterian Church in Jacksonville Beach. He embraced his faith and spiritual program for living in all of his affairs. He was a kind, gentle, and humble man with a firm handshake, easy smile, and a good sense of humor. He was a loyal friend who actively listened to others. He was a wonderful husband and father who loved his wife Susan and daughter Lynn unconditionally and fully.