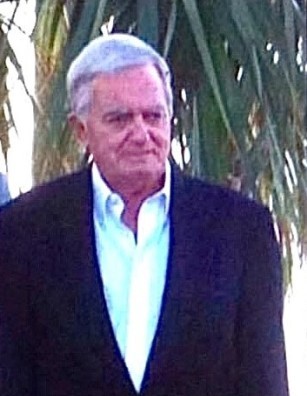 He graduated from Paul D. Schreiber High School in Port Washington, NY, attended Roanoke College and was in the Military Police with the U.S. Army.  He is preceded in death by his parents, Gilbert and Alysse; brothers Robert and Gilbert, Jr. and sister Judith Neely Eckardt.  He was employed by General Motors Corp. for 33 years.  After retiring to Florida, he worked for Watson Realty.  Mike had a passion for all sports, college basketball and golf being  two of his favorites.  He loved animals of all kinds, but especially Labrador Retriever dogs.  His beloved Labrador Carly brought him much comfort in his final days.  He loved spending  time with his children and grandchildren.  He was a friend to all he met and will be missed by all who knew and loved him.

A Celebration of his Life will be announced via social media when conditions permit.  In lieu of flowers, contributions may be made to Labrador Rescue of Florida-Jacksonville Chapter: LRROF.org.