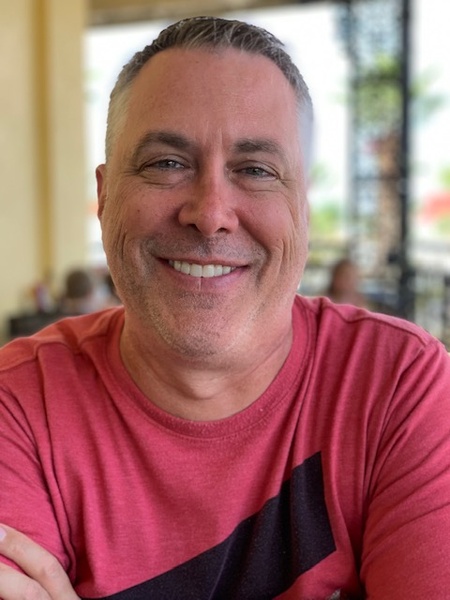 Michael Joseph McLaren of Jacksonville, FL was called to his heavenly home on February 17, 2022, at the age of 48. Mike was born in Pontiac, Michigan on March 9, 1973. He grew up in Michigan and Maryland and was a graduate of Bel Air High School. He eventually settled in Jacksonville, where he has resided since 1997.

Mike married Mylene Barno (who he affectionately called Laney) on May 6, 2019 and had a deep love for his family. He cherished spending time with his wife, children, family, and friends and was a tremendous husband, dad, son, and brother. He found so much joy in being a father and was incredibly proud of his children and, most recently, his new grandchild.

Mike had many interests that brought him great joy, including being outdoors and active and spending time in Orlando. He had a lifelong appreciation for music. Riding trails in his Jeep with his buddies was one of his favorite things to do.

An active member at Beach Church in Jacksonville Beach, he traveled to Costa Rica for several mission trips and had a heart for serving in children’s ministry. Those who needed to hear and feel the gentle and unassuming love of Jesus could find it in Mike.

Mike worked in the IT field for the past 25 years and most recently was a Senior Systems Engineer at Florida Blue. He was extraordinarily gifted and hardworking and was a trusted colleague and mentor to many.

Mike will be remembered for spreading goodness, kindness, and humor to all he encountered. He was an all-around chill guy and appreciated everyone for who they were. His family is devastated by the sudden loss of Mike. We loved him dearly, will treasure our many wonderful memories together, and look forward to our reunion with him in the arms of our Savior one day.

A gathering of friends and family will be held on Saturday, March 5, 2022, from 11:00 to 12 Noon at Quinn-Shalz Funeral Home, 3600 Third St. S, Jacksonville Beach, FL.  In lieu of flowers, donations can be made in memory of Mike to support the 4th Annual Blazin’ for Bleeders Walk:  www.runsignup.com/masonandmikesmiracles .