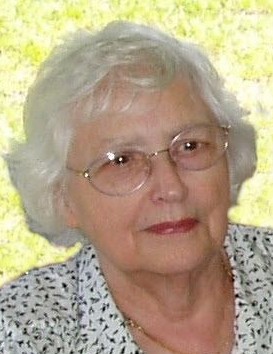 Mary was employed as a U.S. Census worker for the 1960 Census. She then went to work full-time on the 3 PM to 11 PM shift for First National City Bank (now Citibank) at its headquarters at 399 Park Avenue in 1961 as a Recordak machine operator – coding and storing microfilm images of checks to permit timely payment processing before the midnight deadline. With the benefit of New York Banking institute classes and hard work, Mary became a Section Head. There she got to train an junior  executive, Robert McCormick, on check processing operations. (Mr. McCormick would later become the President and CEO of Trustco Bank.) Because of her keen attention to detail, Mary was later promoted to serve as an Investigator in the Fraud and Defalcations Unit where she worked on cases with the FBI. After relocating to the Albany, NY area, Mary worked for Marine Midland Bank and after a brief, early retirement and the death of her husband, she returned to work as a Teller at the downtown Schenectady, NY branch of Trustco Bank where she quickly became a customer and co-worker favorite due to her extensive knowledge of banking operations and pleasant and professional service.

Mary was predeceased by her loving husband of 42 years, Louis Cuevas and by her son Joseph M. Cuevas. She is survived by her children, Thomas (Kathi) Cuevas of St. Augustine, FL, Victoria Cuevas, of Jacksonville Beach, FL, Louis S. (June) Cuevas of Seattle, WA, Michael R. (Judith) Cuevas of Schenectady, NY and Matthew Cuevas, of Schenectady, NY; seven grandchildren: Lisa Melendez, Thomas Jeffrey Rohena, Jennifer Kespohl, Thomas W. Cuevas, Luis Velazquez, Emily Cuevas and Maria Cuevas, five great-grandchildren and five great, great grandchildren and several nieces and nephews. Mary remembered everyone’s birthday, wedding anniversary or holiday celebration and kept Hallmark a thriving business with the cards she sent to all on each of their special occasions. Mary was the matriarch of the Cuevas family. As a mother she managed to impart family and moral values in a loving way, making sure that each of her six children knew how each was special to her. While raising six children in NYC was financially challenging, Mary would take them on weekly trips to the Brooklyn Public Library where each of the children were encouraged to “max out” on their library lending privileges; she scrimped and saved to purchase monthly children’s books and educational magazines; taught the value of money and saving with allowances; savings accounts and grocery shopping mental math games; opened her children’s eyes to the wealth of recreational and educational resources available in NYC’s parks, historic sites, beaches, museums, libraries, parades, celebrations etc. Mary and Louis’ home was open to family where all knew they were always welcome and often stayed, regardless of how modest the accommodations. Aunt Mary was viewed as a second mother by many of her nieces and nephews. Like her children, even as adults they knew they could ask Aunt Mary for advice or information on family history. Living in Jacksonville Beach year round for the last three years with her loving and caring daughter, Mary was separated by great distances from her sons in New York and Seattle. While Mary was not technologically gifted, she managed to operate her Echo Show so that she and her sons could video chat on a regular basis.

If there are limits to what mother would, could or should do for a child, Mary didn’t know them; her love was complete and unconditional and will remain with us forever.

A Mass of Christian Burial will be celebrated at 1:00 PM on Friday, December 13, 2019 at St. Paul’s Catholic Church, Jacksonville Beach, FL with Rev. William Kelly as Celebrant. Calling hours will be held from 6:00 – 8:00 PM on Thursday, December 12, 2019 at Quinn-Shalz Funeral Home, 3600 Third Street South, Jacksonville Beach, FL 32250. Interment will take place at a later date in Schenectady, NY.

In lieu of flowers, donations may be made to the Food Pantries of the Capital District, 32 Essex Street, Albany, NY 12206.