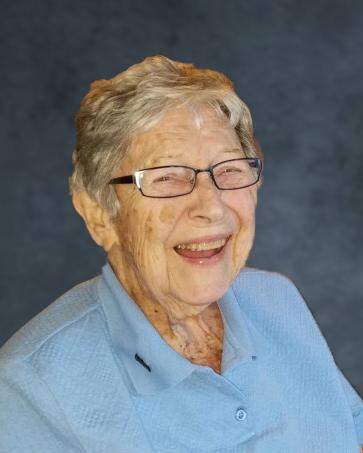 Martha Whilden Fischer went to be with her heavenly Father on the morning of August 2, 2020. Martha was born November 8, 1925 in Lakeland, Florida.

After moving to Jacksonville, she married Jack Alonzo Smith, who passed away in 1953. At that point, Martha went to Jacksonville University, graduating as salutatorian of JU’s first four-year graduating class of 1959. She then went to the University of Florida where she received a master’s degree in education in 1962.

Martha had a 30-year career in the Duval County School System--28 as a guidance counselor at Fletcher and Mayport Junior High Schools.

Martha married Ralph Fischer, MD in 1968. Together they enjoyed many rounds of golf at Selva Marina Country Club. He passed away in 1982.

Martha was a devoted Florida football fan, holding season tickets with Mary for 45 years. Family and friends affectionately called them “The Gator Girls”. A longtime beaches resident, Martha was a faithful member of Bethlehem Lutheran Church for 27 years.

Martha spent her last few years in the Memory Care unit at HarborChase of Jacksonville. Special thanks to Dana Harney, director of Memory Care, as well as the many associates who took such wonderful care of her.

Martha is survived by her best friend of 55 years, Mary F. Dorsett; her ‘adopted families’, Drs. Mary and Mike Soha and their six sons; Deb and Bill Burchette and their two sons; her nephew and his wife, Barry; and Pam Whilden and their family.

Her Graveside Service is to be held at Oaklawn Cemetery, 4801 San Jose Blvd., Jacksonville, FL on Tuesday, August 11, 2020 at 10:00 a.m. with Reverend Dana Allen Brones presiding. In lieu of flowers, please make donations in her name to either Bethlehem Lutheran Church in Jacksonville Beach or K-9’s for Warriors.